Rakhi Sawant Thanks Twinkle Khanna For Story About Herself 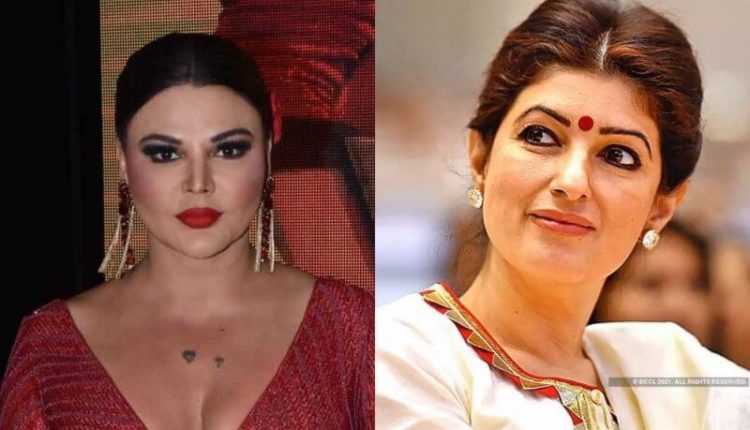 Rakhi Sawant took to Instagram to thank Twinkle Khanna for her kind words.

On her Instagram Stories, Twinkle had on Tuesday shared an article written on Rakhi on her website, Tweak India. “A fine story by our @grumpusss for @tweakindia,” she wrote.

“Thankyou so much @twinklerkhanna and @tweakindia it’s means a lot to me .. thank you @twinklerkhanna ji that u removed your precious time and wrote some thing nice about me …”

She added, “I have always been one woman army fighting for what I believed in .. in a place where I was laughed , made fun off , trolled , abused however I still stood strong on my grounds .. today I m proud of what I am and that I can take care of me and my family and overcome all the hardship by bringing in joy laughter and entertainment in people’s life …I am sure it takes a lot to be as humble as twinkle Khanna and it takes a heart of iron to be Rakhi Sawant …”

“Like the Kardashians, Rakhi Sawant turned the constant objectification, mockery and public scandals into a sizeable fortune, if her 2014 asset declaration of Rs 15 crore is to be believed,” wrote the writer in Sawant’s praise.

“I wish I had her remarkable drive to succeed despite rejection. The one time I got turned down for a job, I moped for a month and stopped writing, overcome with self-doubt. Rakhi Sawant doesn’t care. Tell her she can’t sing (she’s released an album) and she’ll dance instead. Don’t like her acting? She’ll start a reality show,” continued the article.

Apart from that, Rakhi Sawant also shared a video of herself dancing to Twinkle Khanna’s famous song Kamariya Lachke Re from her film, Mela.

Rakhi Sawant will next be seen in a web series, Tawaif Bazaar-E-Husn.

Also Read; Chetan Bhagat Faces The Wrath Of Twitter As He Takes Credit For Vaccinations Picking Up

The post Rakhi Sawant Thanks Twinkle Khanna For Story About Herself appeared first on Man’s World India.

5 Red Flags Men Must Not Ignore In Women While Dating

Russian no.1 grateful for ‘support’ over Wimbledon ban