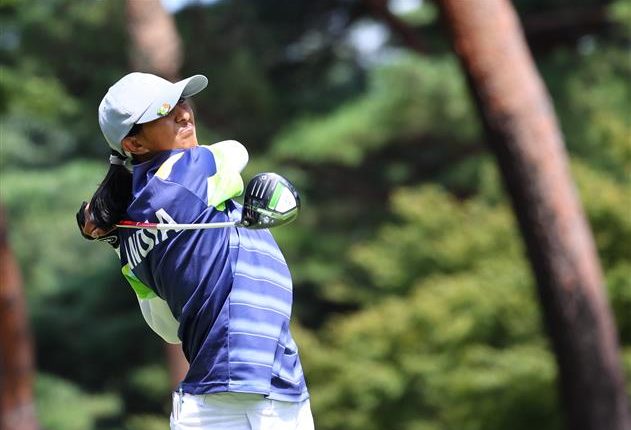 Golfers Aditi Ashok, who earned a top-10 finish last week, and Tvesa Malik, who returns to action after a much-needed break, will lead the Indian challenge at the Creekhouse Ladies Open, here from Thursday.

There are two more Indians in the fray, Ridhima Dilawari and Astha Madan.

Dilawari will make an appearance on the LET after a long gap as she last played on the Tour at the start of 2020 in Australia.

Aditi has been in action in Europe since her magnificent showing at the Tokyo Olympics where she missed a historic medal by a whisker.

A lot of travelling and change in conditions saw two modest weeks followed by a Top-10 in Sweden at Skafto Open.

Malik, who was edged out in the race for the second Indian women’s berth to the Olympics, has been having a decent season with a bunch of Top-10s.

“I needed some rest and I am feeling fresh and raring to go, said Malik, who is still looking for her maiden LET win, though she was second at Gant Ladies Open.

Dilawari, who earned a card to the China LPGA was never able to get there because of the pandemic and has now decided to travel to Europe and play some events.

This will be the first taste of a professional event on European soil for Dilawari, who represented India at the 2018 Asian Games before turning professional.

Malik will be the first out in action on Thursday when she plays with Welsh Chloe Williams and Frenchwoman Emma Grechi from the 10th tee at 9.06 am, while the others play in the afternoon.

Aditi is paired with Caroline Hedwall, who curiously like the Indian had won the Hero Women’s Indian Open, and the third player in the group of Australian Whitney Hiller.

The Creekhouse Ladies Open is the second successive tournament held in Sweden. The contenders include Atthaya Thitikul, Steph Kyriacou and Sanna Nuutinen all in the hunt for the top prize with nine tournaments remaining in the season. PTI

LPU rewards Neeraj Chopra, 12 other of its students who won Olympic medals

Passwords that change every minute for better security