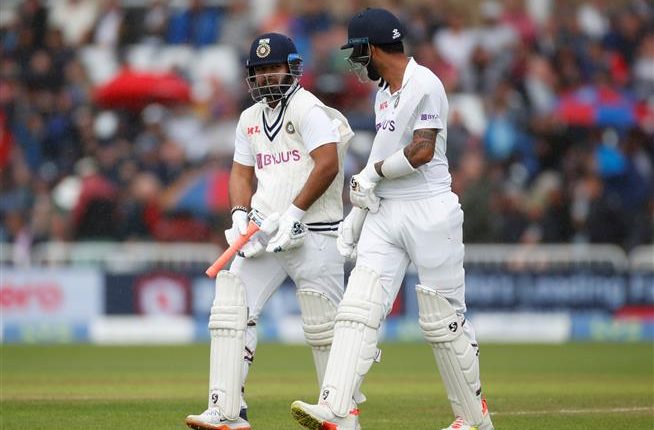 England’s openers erased 25 runs out of the 95-run first-innings deficit when rain once again stopped play, in the final session of the third day of the first Test against India here.

Rory Burns was batting on 11 and Dom Sibley was on 9 as England batted for 11.1 overs before steady drizzle halted play.

Earlier, India scored 278 in their first innings and got a healthy lead of 95 runs.

Resuming the day at 125 for four, India added 153 valuable runs to their first innings score in testing conditions. K L Rahul top scored with 84 while Ravindra Jadeja made 56.

England pacer Ollie Robinson picked up his maiden wicket-haul. The hosts had made 183 in the first innings.

On the second day, India had lost four quick wickets after an opening stand between Rohit Sharma and Rahul. Anderson dismissed Cheteshwar Pujara (4) and Virat Kohli (0) off successive deliveries to effect the slump. Ajinkya Rahane was run-out for 5.

Weak testing, data outage leave Brazil ‘in the dark’ as…