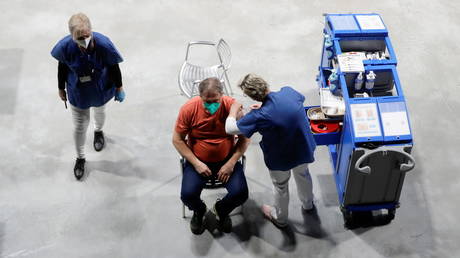 State employees in the Czech Republic who have been vaccinated against the coronavirus are to be given two additional days off, as the authorities in the Eastern European country seek ways to expand its immunization campaign.

“The aim is to have maximum vaccination, to protect ourselves against the infection from abroad,” Czech Prime Minister Andrej Babiš said as he announced the government’s decision on Friday.

Of its population of 10.7 million, the Czech Republic has so far fully vaccinated 4.74 million people. But the cabinet believes it’s not enough, given the country’s almost 1.7 million cases and more than 30,000 deaths since the start of the pandemic.

“We have enough vaccines,” the PM said, insisting they must be put to use.

The vaccinated government employees will be able to use their two paid days off at any time before the end of the year, he said, assuring citizens that it “won’t become a burden for the state budget.”

Babiš called on the republic’s regional authorities to follow suit and use the lure of extra days off to motivate their staff to get coronavirus shots.