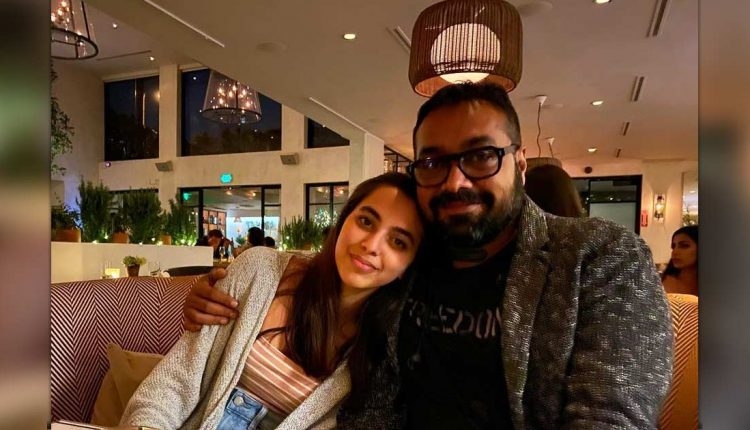 Aaliyah Kashyap, daughter of filmmaker Anurag Kashyap, says last year when MeToo allegations were levelled against her father by actress Payal Ghosh, it bothered her the most because it was a misrepresentation of her father’s character.

“The #MeToo claims bothered me a lot. The hate doesn’t get to me, it is the misrepresentation of his character that bothers me. People think he is a terrible man, but ask anyone close to me and they will say that he’s the biggest softy teddy bear you’ll ever meet,” Aaliyah began

“This is what gives me anxiety, and not really the hate. I know that whatever hate I get for him is just from people who don’t have anything better to do with their lives. My dad also has been trying to make more of an effort to keep his things away from me because he doesn’t want it to make my anxiety worse,” says Aaliyah Kashyap on “Invite Only Season 2”, which airs on Zoom.

Disha Patani Is The Hottest Queen Of Bikinis & Monokinis; These 10 Sensual Pictures Are A Proof!

In September last year, Payal Ghosh had opened up on social media alleging that filmmaker Anurag Kashyap had sexually harassed her in 2013.

However, in his statement given to Mumbai Police, Anurag Kashyap denied the allegation saying at that time, he was in Sri Lanka for a shoot and termed the allegations as an “absolute lie”.

“Surekha Sikri Would Say ‘Dude, Have You Got Your Shot’”: Badhaai Ho Director Amit Sharma Gets Emotional

Poonam Pandey Claims Raj Kundra Threatened, Leaked Her Number With The Message: “Call Me, I’ll Strip For You”

Mainly dry weather likely in J&K during next 24 hrs

Pakistan team departs for tri-series in New Zealand; fans not enthused after loss to England