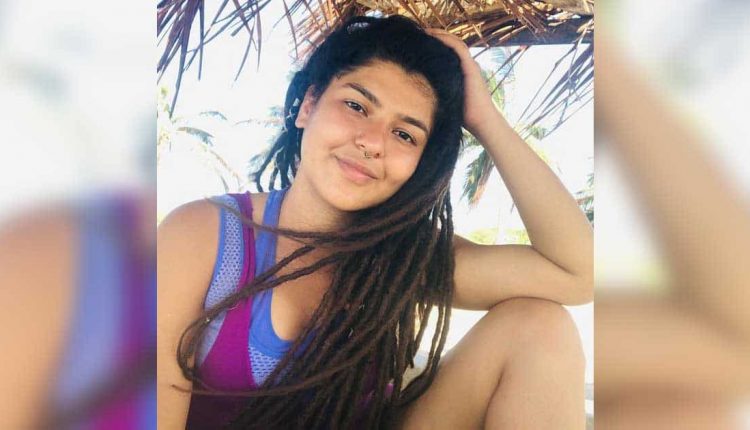 Taarak Mehta Ka Ooltah Chashmah fame Nidhi Bhanushali left the show back in 2019. The actress was pursuing her BA degree and wanted to focus on her studies. Despite being away from the television screens for a while now, the beauty makes a lot of noise time and again. This time her bikini pictures are viral all over.

Those who follow Nidhi would know that she loves nature. Time and again, she’s spending time amid the greenery and sharing glimpses on her social media. From surfing in a bikini to her underwater videos, she’s truly living her life the best possible way.

While pictures have been posted for a while now, Taarak Mehta Ka Ooltah Chashmah fans have caught their attention over it all now. There’s are a lot of videos and pictures that have made fans feel “Sonu toh badal gayi re.”

In one of the pictures, Nidhi Bhanushali slips into a blueprinted bikini. Her hair can be seen in dreadlocks too as she goes into the water and enjoys a swimming session. “Happiness is… in the middle of a jungle,” read her caption.

In another post, Nidhi wore a cover-up over her bikini but the picture still witnesses her in a revealing pose. She lays amidst the trees with her dog and enjoys the view.

All the pictures and video of Nidhi Bhanushali has attracted comments from Taarak Mehta Ka Ooltah Chashmah fans.

Must Read: Akanksha Puri Enjoys Cuddling Himansh Kohli: “It’s Windy & You Are In Your Co-star’s Arms, What Else You Want!”

Sunny Leone Cycles With Her Glam Quotient On, See Pics!

Rasika Dugal Wore A Now Trending Satin Dress For Her First Ever Photoshoot!