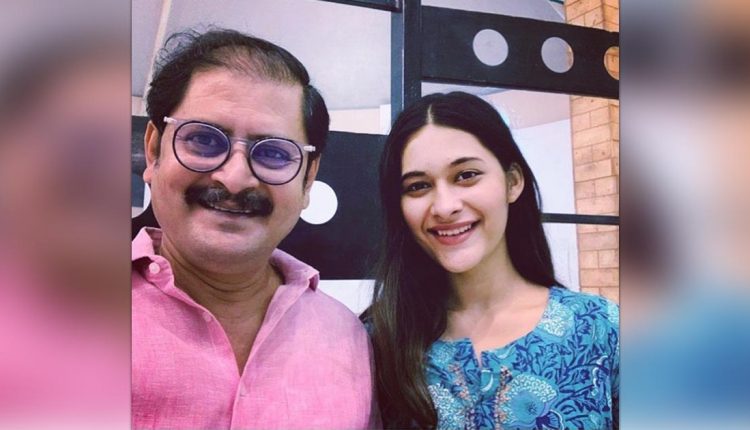 Actor Rohitashv Gour is currently a household name thanks to his role as Manmohan Tiwari in the much-loved SAB TV show, Bhabi Ji Ghar Par Hai. The actor, who has also featured in shows like Lapataganj & Jasuben Jayantilaal Joshi Ki Joint Family and movies like Munnabhai M.B.B.S. & PK, recently opened up about his daughter, Giti Gaur, taking up acting as a profession.

While grateful to TV, the actor is not in favour of his daughter taking up any projects for the small screen. He revealed that he wants his daughter to experience “content-oriented cinema” as television offer “very less scope”. Read on to know all he said.

Talking about Giti Gaur and how they noticed her love for the art, Rohitashv Gour was reported by ETiems saying, “Giti wants to be an actor. She is working towards that and we all realised about her talent last year. During the lockdown, we shot a video of her on an old song and that went viral. Many actors and even directors commented on that post. Rajkumar Hirani too appreciated her talent. He even told me, ‘Your daughter is very talented, uske talent par dhyan de.’ That’s when I realised that she has the acting keeda in her.”

The Bhabi Ji Ghar Par Hai actor also expressed his wish to see his darling daughter on the big screen and in web series. Rohitashv Gour said, “I want her to act in films and web shows too. But I don’t want her to do TV for now. I feel television gets a little repetitive for a new age actor and then there’s very less scope to do anything new. I have been doing TV for 16 years now and I know the process. I want her to experience content-oriented cinema. I don’t want my daughter to do daily soaps.”

Rohitashv Gour also opened up about the tips he gives her to improve her art. He said, “She always loved dancing and now she is interested in acting. I keep giving her tips and share my knowledge about acting with her. One thing I have learnt is to focus on characterisation and I want to teach her that. I want Giti to be a smart actor. I don’t want to give her theatre training because I feel she might lose out on her spontaneity which the current generation has naturally in them.”

Stay tuned to Koimoi for more news and updates.

Must Read:  When Aishwarya Rai Declared Salman Khan To Be ‘S*xiest & The Most Gorgeous Man’

WWE Universe gets a Bollywood punch

US will take on challenges posed by China directly: Joe…