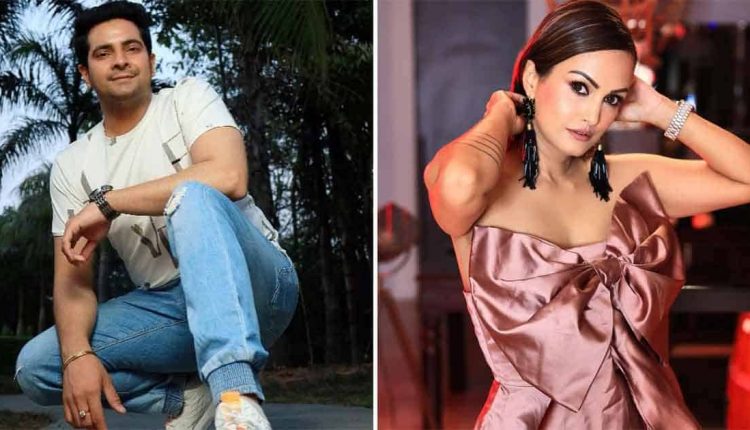 Last month Nisha Rawal’s accusation of domestic violence against her husband Karan Mehra took social media by storm. The actress reached Goregaon Police Station in Mumbai with a bleeding forehead and filed a complaint against Yeh Rishta Kya Kehlata Hai actor. Following this, the actor was arrested but was later released on bail.

Nisha then held a press conference and alleged that Mehra not only committed domestic violence against her but also had an extramarital affair. She also alleged that he had withdrawn nearly Rs. 1 crore from her bank account without her knowledge.

Now the latest report from India Today claims that Mumbai Police has filed a case against Karan Mehra on 25 June, Friday. His estranged wife Nisha Rawal has also his family members Ajay Mehra, Bela Mehra and Kunal Mehra of violence and exploitation. The police is currently investigating the case and no one has been arrested as of now.

The Last Hour Fame Shaylee Krishen: “Kashmiri Pandits Have Been Living As A Refugee In Our Own Land”

Do You Know? TMKOC Actor Tanmay Vekaria AKA Bagha’s Father Arvind Vekaria Once Appeared On The Show

Yeh Rishta Kya Kehlata Hai actor previously alleged that he has been framed in the case by Nisha and her brother Rohit Sethiya. Talking about his troubled marriage with the publication, he said, “It is sad that after so many years of marriage this happened. We have been discussing this for the last one month because things have been a bit strange between us for a long time. So, we were thinking that if we should part ways or what should we do. So we were trying to fix things.”

Karan Mehra had also alleged that his son Kavish is not safe with his estranged wife Nisha Rawal and he is worried about him. During a conversation with Zoom TV, he said, “We were going through a bad relationship. We were not happy living with each other so we decided to mutually separate from each other. I also thought it’s better for our son nothing is more important than peace. But the alimony that she asked was quite high and I disagreed to pay that heavy amount to her. All this led to heated arguments and continuous fights.”

So what do you think about Nisha Rawal’s allegation on Karan Mehra and his family members? Let us know in the comments.

Must Read: When Neha Kakkar Spoke About Ending Her Life Amid Link Up Rumours: “Stop Making Anybody Feel So Bad”

The post Karan Mehra & Family In A Big Trouble As His Wife Nisha Rawal Files A New Complaint appeared first on Koimoi.

‘Was Pujara The Only Problem?’ Gavaskar Takes A Dig At Kohli After Press Conference Comments

From Ludo To Ray, Anthology Films Are Blooming On OTT

Venezuela to deport US TV crew