Can start train operations in Punjab only if track, stations are clear: Railways 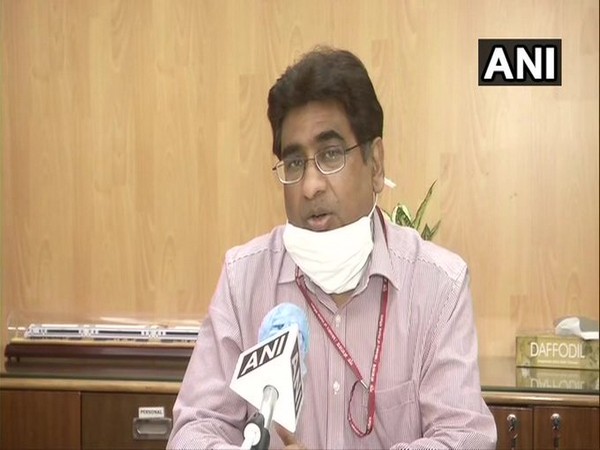 New Delhi [India], November 6 (ANI): Railway Board Chairman Vinod Kumar Yadav on Friday said that Railways can start train operations in Punjab only if track and stations are clear for running of all trains.
In a tweet, Railways said, “In a press conference today, Chairman and CEO Railway Board VK Yadav had clearly explained that Railways can start train operations in Punjab only if track and stations are clear for running of all trains including freight and passenger trains.”
In another tweet, Railways said, Minister of Railways in his letter to Chief Minister of Punjab on October 26 had categorically stated that “It is not possible for Railways to discriminate between customers and selectively run certain kind of freight trains.”
Railways said, “State Govt is misguiding by saying that all tracks are clear for the movement of Goods trains. We request the State Govt to clear the track and stations for the operation of all trains.”
Due to the ongoing farmers’ agitation in Punjab, continuous efforts are on to restore the rail services which have been closed inside the state. High officials of Railways are in constant touch with the Punjab government for this. This information was given by Railway Board Chairman Vinod Kumar Yadav.
Speaking to the media in New Delhi today, the Chairman, Railway Board said that till yesterday there was a blockade on the railway track at a total of 31 places, of which the blockade has been lifted from 9 places till today. But, Blockade is still continuing in 22 places.
He informed that High officials of Railways are constantly in touch with the Punjab Government and the situation is being monitored’.
The chairman stated categorically that ‘Railways are ready to immediately restore all passenger and freight services in Punjab, provided the railway tracks and station complexes are evacuated from all places. Also, the safety and security of passengers and trains should be fully guaranteed.
Railways said that in every place where the blockade is being removed, day and night maintenance work has started. Only the state government should ensure safety and security.
According to the Railways, It is worth noting that the operations of more than 1300 passenger trains and about 2300 goods trains going to Punjab or passing through Punjab have been completely stalled due to the ongoing farmers’ movement for almost one and a half months, which is not only inconvenient to passengers and the transportation of essential commodities has also been affected and the Railways are losing crores of rupees.
Several leaders of Punjab had also met Railway Minister Piyush Goyal on Thursday and requested to restore the rail services. The Railway Minister has also made all the leaders and the state government aware of the Railway’s concern and assured that the railway services will be restored without any delay as soon as the situation becomes normal, the Railways said. (ANI)

Khushi Kapoor slays in cool hoodie as she gets spotted in…