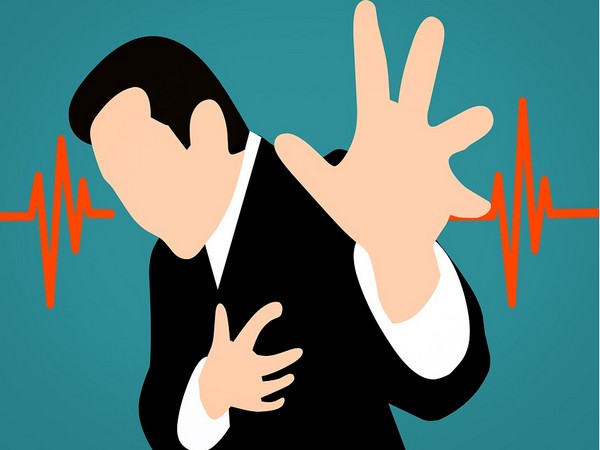 Washington [US], November 2 (ANI): People who experience high blood pressure while sleeping are more likely to experience future cardiovascular disease especially heart failure, even when their daytime blood pressure is within normal ranges, according to new research.
The research was published today in the American Heart Association’s flagship journal Circulation.
Health care professionals typically use in-office and daytime blood pressure measurements to determine a patient’s hypertension medication needs and dosages. However, many patients may have undetected nocturnal hypertension — high blood pressure while sleeping.
“Nighttime blood pressure is increasingly being recognized as a predictor of cardiovascular risk,” said Kazuomi Kario, M.D., Ph.D., lead author of the study and a professor of cardiovascular medicine at Jichi Medical University in Tochigi, Japan. “This study provides much more in-depth information about the cardiovascular risk associated with high nighttime blood pressure and different nighttime blood pressure phenotypes than have been reported previously.”
The Japan Ambulatory Blood Pressure Monitoring Prospective (JAMP) study enrolled 6,359 patients from across Japan between 2009 and 2017 and measured daytime and nighttime levels using an at-home, wearable, ambulatory monitor. Blood pressure was measured during daily activities and sleep for at least 24-hours at a time, and device data were periodically downloaded at a health care clinic. Almost half of the study participants were male, and more than half were over the age of 65 years. The patients all had at least one cardiovascular risk factor, and three-quarters of them were taking blood pressure medications, and none had symptomatic cardiovascular disease when the study began.
The study participants were instructed to rest or sleep during nighttime hours and maintain their usual daytime activities. Their daily activities and sleep and wake times were self-reported in a diary. Almost every participant recorded 20 daytime and seven nighttime automated blood pressure measurements. To determine nighttime measurements, patients self-reported the time they fell asleep and woke up. All other readings were defined as daytime.
Follow-up occurred annually via phone or clinic visit, with total follow up ranging from two to seven years. Researchers analysed the rates of cardiovascular disease events, including heart attacks, strokes, heart failure and death, among the participants. The occurrence and timing of heart events in relation to blood pressure variations was analyzed to determine whether there were any associations. Study participants experienced a total of 306 cardiovascular events, including 119 strokes, 99 diagnoses of coronary artery disease and 88 diagnoses of heart failure.
The analysis indicates:
Increased levels during sleep–a systolic blood pressure measuring 20 mm Hg above a person’s daytime systolic reading–was significantly associated with the risk of atherosclerotic cardiovascular disease and heart failure.
The participants who had an abnormal circadian pattern, which is when sleep blood pressure exceeds daytime readings, were at particular risk of developing heart failure and had a greater risk of experiencing any cardiovascular disease events.
Excessive reduction of blood pressure during sleep may also be detrimental. Patients with well-controlled hypertension showed a significantly increased risk of stroke when nighttime systolic pressure took extreme dips.
“Results indicate that nighttime systolic blood pressure was a significant, independent risk factor for cardiovascular events,” said Kario. “The study highlights the importance of including nighttime blood pressure monitoring in patient management strategies and will hopefully encourage physicians to ensure that antihypertensive therapy is effectively lowering blood pressure throughout the 24-hour dosing period.”
The authors noted that the study was not without limitations. Ambulatory data were obtained once at the start of the study, however, no information was available regarding the contributions of subsequent changes in ambulatory blood pressure levels up until the time of diagnosis of a cardiac event. The study focused on systolic, rather than diastolic, measurements due to the older age of the participants. Additionally, study evaluations did not include echocardiograms, thus preventing some degree of differentiation for types of heart failure. (ANI)

Vicky Kaushal poses for the shutterbugs as he steps out in the city; PHOTOS

Runner dies during half marathon

Pakistan will let people of Kashmir decide if they want to…