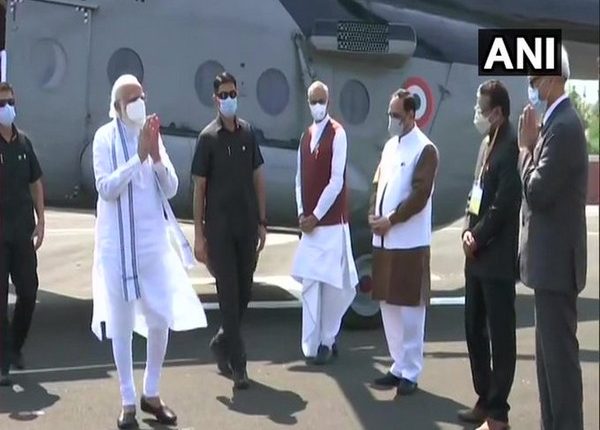 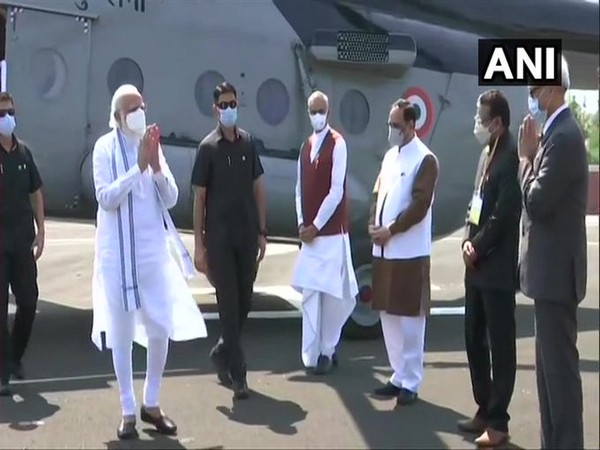 Narmada (Gujarat) [India], October 30 (ANI): Prime Minister Narendra Modi arrived in Kevadia, Narmada district on Friday where he is scheduled to inaugurate the Sardar Patel Zoological Park, popularly known as Jungle Safari.
PM Modi is on a two-day visit to Gujarat, the first time since the COVID-19 outbreak and the subsequent lockdown in March, to mark Rashtriya Ekta Diwas, celebrating the birth anniversary of Sardar Vallabhbhai Patel.
Earlier in the day, Prime Minister Modi met the family members of brothers Mahesh and Naresh Kanodia, who passed away recently, on Friday.
The Prime Minister offered his tributes to the brothers and also spoke with the family members at their residence.
Singer and former parliamentarian Mahesh Kanodia (83) passed away on October 25 at his residence in Gandhinagar, following a prolonged illness. His brother and veteran actor Naresh died the following Tuesday.
Prior to this, the Prime Minister paid tribute to former Gujarat Chief Minister Keshubhai Patel, who passed away at a city hospital on Thursday, after reaching Ahmedabad.
He is scheduled to launch a number of projects, including a seaplane service between Kevadiya and Ahmedabad.
As per the official website of the Prime Minister, he is scheduled to flag off Ekta Cruise Service to the Statue of Unity and inaugurate Ekta Mall and Children Nutrition Park there. He will also unveil the Statue of Unity website in all UN official languages and the Kevadia App at the Unity Glow Garden. (ANI)

PSBs not going to raise bank charges in near future, says…