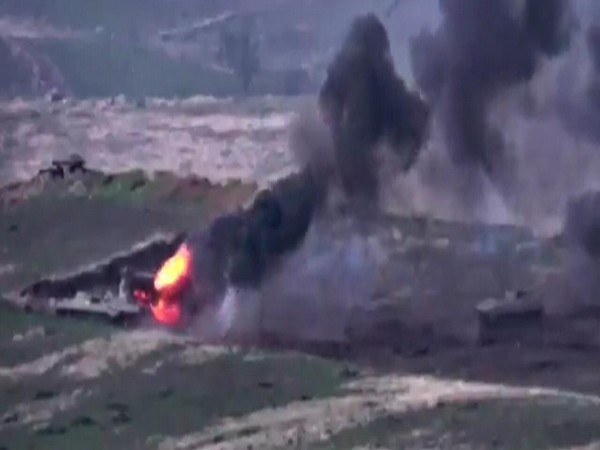 Baku [Azerbaijan], October 29 (ANI/Sputnik): Baku has transferred to Yerevan around 30 bodies of killed Armenian servicemen, and also two senior Armenian citizens, thanks to Russia’s mediation, Azerbaijani presidential aide Khikmet Gadzhiyev said on Thursday.
“Around 30 bodies of the Armenian armed forces’ servicemen and officers who fell on the battlefield should have been given to the Armenian side, as well as two senior Armenian citizens … The transfer ceremony took place today in the Gazakh-Tovuz area,” Gadzhiyev said at a briefing.
According to the presidential aide, Armenia was initially not willing to accept its citizens and the dead bodies.
“We highly appreciate the effort of the Russian Defense Ministry and [Defense] Minister Sergei Shoigu personally. The Armenian side agreed to accept the dead bodies, supporting Russia’s initiative to open the humanitarian corridor,” Gadzhiyev added.
The Armenian Defense Ministry confirmed the transfer. (ANI/Sputnik)

Arjun Rampal to be seen as a detective in ‘London Files’