Took me a little while to find rhythm, Jofra has been outstanding: Steve Smith 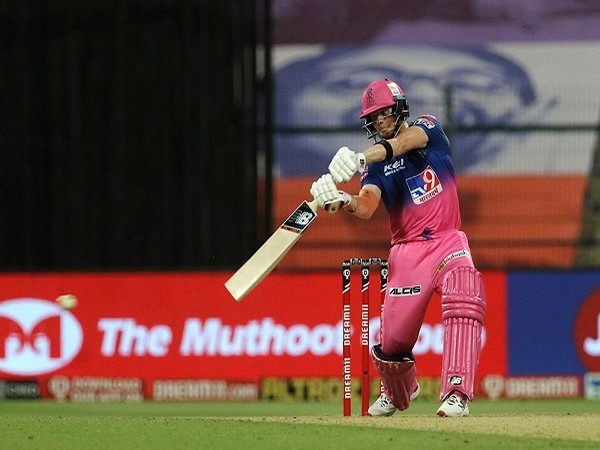 By Baidurjo Bhose
Dubai [UAE], October 24 (ANI): Starting with two comprehensive wins, Rajasthan Royals’ campaign in the 13th edition of the Indian Premier League looked to have hit the perfect road. But things haven’t been the same since and they are currently seventh on the points table. And skipper Steve Smith has no qualms in admitting that they must play out of their skins hereon if they have to make a surprise entry into the playoffs.
Speaking to ANI, Smith spoke about his own form, the fortune of the team, having someone as good as David Miller on the bench, the form of his foreign players, and most importantly the performances of the likes of Indian uncapped players like Rahul Tewatia and Riyan Parag.
Smith has hit three fifties this season, but there has been a lack of consistent display and he accepts that it took him some time to find rhythm.
“I do think it has taken me a little while to find a bit of rhythm and I think after the RCB game where I was able to spend some time in the middle, just started to find a bit of rhythm there and actually feel quite good in the middle now. Obviously had it come a little bit earlier, perhaps early in the season I was probably going a little bit too hard as well.
“After the first two games in Sharjah where I scored some runs going quite hard I probably could have pulled things back a bit from there and tried to play a few more cricket shots. Found some nice rhythm now and hopefully can have some big impact in the last few games,” he pointed.
But Smith is really happy with the performances of the likes of Tewatia and Parag who have shown they have the talent to shine against some of the best in the business.
“Yeah, Tewatia, Parag, Kartik Tyagi are definitely three positives for us this year. They have turned up some good performances and it is probably unfortunate that our big players haven’t been able to perform as consistently as we would have liked. It has been a bit of an up and down year after such a good start.
“A few losses in a row and since then we haven’t been able to string two wins in a row. It has been a difficult season but still hopeful we can turn things and win the last three and give ourselves every chance to make the playoffs,” he smiled.
While the youngsters have risen to the challenge, the senior players haven’t been able to showcase consistency and Smith accepts that the form of the experienced players has been a worry this season apart from Jofra Archer who has been on song with 15 wickets so far.
“Yes, you want your star players or your more experienced players to be consistent. Jofra has been outstanding and the rest of us haven’t been able to put performances on the board consistently and that hurts obviously. It isn’t through lack of effort as the guys have been trying real hard. It hasn’t been easy to play on a couple of tough wickets, but that is no excuse.
“There have been moments here and there, but we haven’t had moments where two of us have had a good game together or something like that. That has been difficult and you need those partnerships in the middle,” he said.
Asked if it difficult to have someone as good as David Miller warm the bench despite some of the foreigners in the playing XI not showing consistency, Smith said that is how the IPL works.
“Yeah, look that’s the tough thing about IPL. You can only play four foreign players, so there’s always people around the IPL talking about players in the IPL that aren’t playing and think that they should be playing or could be playing. It’s a tough one to manage for sure but again that’s part and parcel of the IPL.
“It takes squad mentality with guys that aren’t playing helping guys that are playing, making sure that they’re training hard, and still preparing and ready when the opportunity comes. That’s just part and parcel of the IPL unfortunately,” he signed off. (ANI)

IPL 13: Wanted to execute plans with a clear mind, says Boult after win against CSK

Fierce competition starts between US, China for energy…