Hindutva is the essence of this nation: Mohan Bhagwat 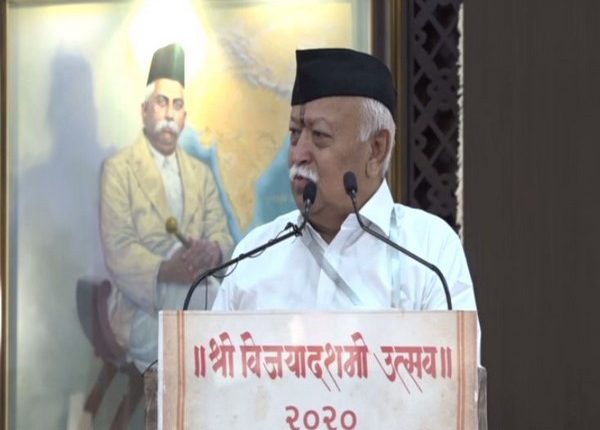 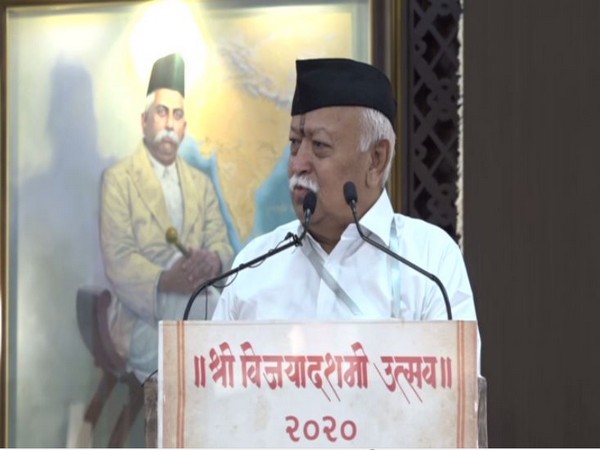 Nagpur (Maharashtra) [India], October 25 (ANI): Rashtriya Swayamsevak Sangh (RSS) chief Mohan Bhagwat on Sunday said that the organisation acknowledges the country as Hindu and Hindutva as the essence of this country’s selfhood.
“When Sangh says Hindusthan is Hindu Rashtra it does not have any political or power centred concept in its mind. Hindutva is the essence of this Rashtra’s ‘swa'(self-hood). We are plainly acknowledging the selfhood of the country as Hindu,” Bhagwat said in his address at the annual Dussehra function at Maharshi Vyas auditorium, RSS headquarters in Nagpur.
“The ‘swa’ or ‘self’ in ‘Swadeshi’ refers to the same Hindutva. That spirit or ‘swa’ should be the compass directing our intellectual brainstorming and plans of action,” he added.
Bhagwat said that the ‘Hindutva’ word is applicable to all the 1.3 billion people of the country.
“Hindutva is the word expressing our identity along with the continuity of its spirituality based traditions and its entire wealth of value system in the land of Bharat. Therefore this word is applicable to all the 1.3 billion people. ‘Hindu’ is not the name of some sect or denomination, not a provincial conceptualisation, neither a single caste’s lineage nor the privilege of speakers of a specific language. It is a common denominator that honours and encompasses innumerable distinct identities,” he added.
Bhagwat said that some groups are trying to spread hatred and aggression in sections of society by “creating insecurity among them, stating that diversity will be finished if they identify themselves as “Hindu”.
“Hindu culture has expressed itself in diverse forms. Acknowledgement of the fact that the emotional spirit of Bharat, its acceptance for and support to multiple belief systems and faiths, is a byproduct of the Hindu culture, traditions and Hindu thought. If we work to raise the general level of consciousness of a common man and nurture his intrinsic spirit of oneness with Hindutva as the guiding force, then in the near future Bharatvarsh will emerge as the torchbearer for the rest of the world,” he added.
RSS marks Vijay Dashmi as one of its biggest events when the RSS chief addresses the RSS workers on a number of issues concerning politics, society, national security and family values. (ANI)

Nine killed in UP road accident