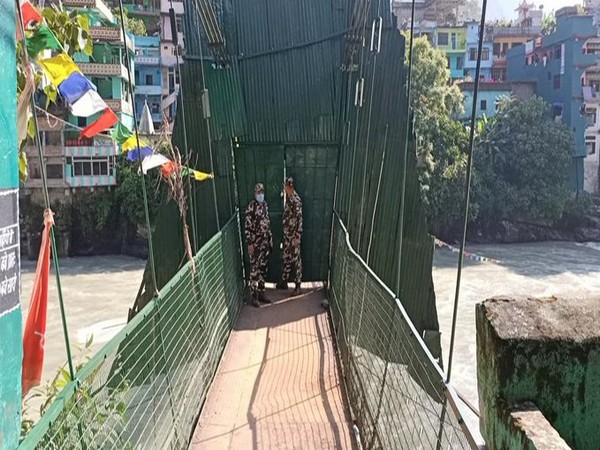 Dharchula (Uttarakhand) [India], October 21 (ANI): The international swing bridges in Dharchula and Jouljibi were opened on Wednesday for three days to facilitate the Nepalese citizens who had served the Indian Army and other Indian organisations and wanted to cross over to collect their pensions.
The bridges will remain open from 9am to 2pm.
Dharchula Deputy Collector Anil Kumar Shukla said all such pensioners will be given this facility every month to withdraw money from banks. “At Nepal’s request, the bridges were opened for former servicemen in the Indian Army and other retired employees who are citizens of Nepal.”
Meanwhile, the businessmen of Dharchula are not happy with the administration’s decision to open the bridges even after an increase in the novel coronavirus infections in Nepal.
The traders said they have already faced losses due to the closure of bridges and if the administration is opening them every month, it can as well keep them open all the time.
“There are chances of infected people coming to Uttarakhand even when the bridges are open temporarily,” said a local trader.
The shopkeepers demanded that the international bridges should be opened as before, otherwise they will oppose the temporary opening.
The traders said the closure of the bridges has damaged their business, but the administration is not listening to them.
The administration had sealed the state’s borders with Nepal in wake of the coronavirus pandemic. (ANI)

New ‘Power Rangers’ film, TV projects in the works with Entertainment One

Dhoni has taught me to be better human being: Hardik Pandya