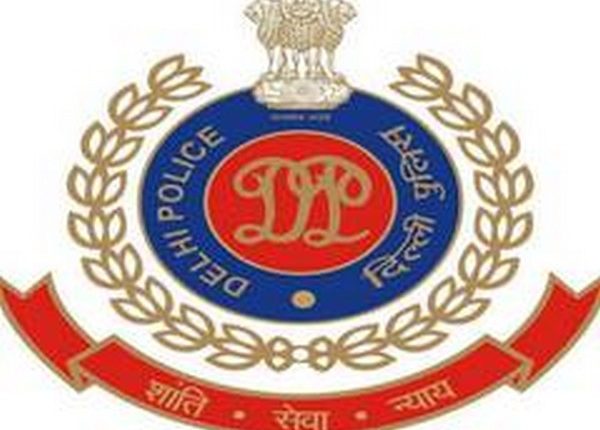 New Delhi [India], October 20 (ANI): In a major breakthrough, Delhi Police on Tuesday said it arrested 10 people, including a juvenile and busted an extortion syndicate running from Rohini jail.
According to police, the mastermind of this syndicate is dreaded gangster Saddam Gauri, who is currently lodged in Rohini Jail under charges of Maharashtra Control of Organised Crime Act (MCOCA) and multiple cases of heinous offenses such as extortion, murder, attempt to murder and operating his syndicate from inside the Rohini Jail.
During the course of the investigation, it was learnt that the said extortion syndicate was being run by Gauri through his associates namely Surender alias Sheru and Deepak alias Deepu Bunda, police said.
“On September 2, at about 6.25 PM, a city-based businessman got a call from his relative regarding a firing incident at his office. When the complainant reached his office, he found the glass door of the main gate broken and there was a bullet mark on the main gate.
“The complainant discovered that two persons, one of them identified as Surender alias Sheru arrived on a motorcycle, entered his office, fired a bullet at the main gate and fled from the spot with the DVR of CCTV installed in his office,” police said in a statement.
After this incident, the complainant reported the matter to police on September 4 regarding the said firing incident and threatening/extortion calls received from Surender and Deepak at the direction of their jailed gang leader Saddam Gauri.
Bunda is a member of an organized crime syndicate run by Salman Tyagi-Saddam Gauri, who is in custody in a case under MCOC Act.
On September 21, another firing incident was also reported at Rajouri Garden police station, wherein the accused Surender and Deepu Bunda opened fire on one Raju Khan in an attempt to rob him. The victim sustained bullet injury in his thigh and was also threatened on behalf of Saddam Gauri.
Accused Saddam Gauri was also making direct extortion/threatening calls to the complainant through WhatsApp audio/video calls from inside the Rohini Jail.
“It was also alleged by the complainant that accused Neha Kakkar Wife of Deepak and Sonia wife of Surender are also involved in this syndicate and they were also making extortion threats to the complainant,” police said.
There are specific allegations leveled against both the women accused that on September 3, she met the complainant and threatened him to deliver the amount to their gang members.
The team from the Rajouri Police station started working upon to track down and nab the members of Saddam Gauri-Salman Tyagi Gang and due to continuous rigorous efforts.
Ten members including a juvenile have been arrested who played an active role in this extortion racket.
Deepak alias Deepu Bunda, Surender aka Sheru, Saddam Gauri, Neha Kakkar, Sonia, Kuldeep, Raju, Shiva, Satish are among the arrested persons.
“One juvenile has also been apprehended to get involved in the commission of Crime reported in present FIRs. He used to make threatening calls on behalf of his father and also used to bring extort money from the extortion victims,” police said. (ANI)

Brazil deploys over 10,000 troops in Rio

Taina Is Glowing In Her Fashion Nova Outfit And Fans Love…