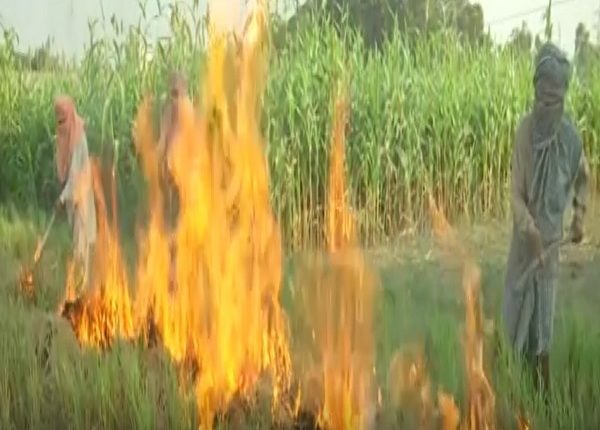 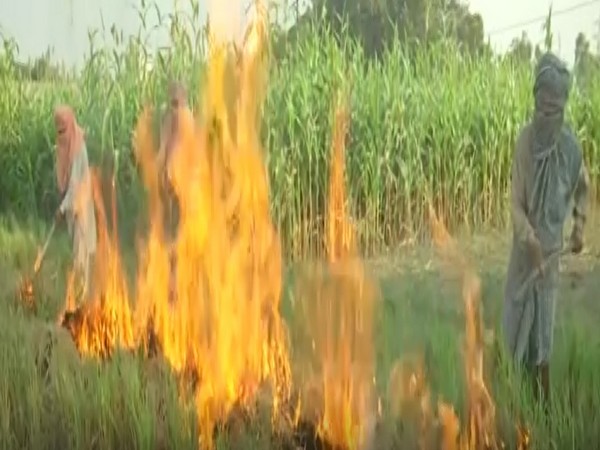 Tarn Taran (Punjab) [India], October 18 (ANI): Farmers continue to burn stubble in Tarn Taran area of Punjab as they cannot afford the equipment to dispose of stubble.
“Most of the small farmers own 2-3 acres of land and they are not able to get a tractor. How can they buy tools for the straw? Due to the non-availability of a tractor nearby, farmers have no option left other than stubble burning,” Krishan Singh told ANI on Sunday.
Singh said that farmers are burning stubble as they are helpless and the government is not helping them.

“Burning the stubble is the biggest threat to the farmer’s family but we are helpless because the government does not find any concrete solution. Although the government said that according to the Green Tribunal report, the farmers will be given the tools but we did not get anything. The government has also announced that Rs 2,500 will be given as compensation but no farmer has received any compensation,” he added.
He further said that stubble burning contributes very less to air pollution and major producers of pollution are vehicles and industry.
“Union Minister Prakash Javadekar himself has said that stubble burning only contributes to one to two per cent of the pollution while major pollution is produced by the vehicles and industry. Central and State Government can provide relief to farmers if they want to do so,” he said. (ANI)

Droplets of fat fights back against infections, finds study