IPL 13: Pat Cummins fights back as KKR set target of 149 runs for MI 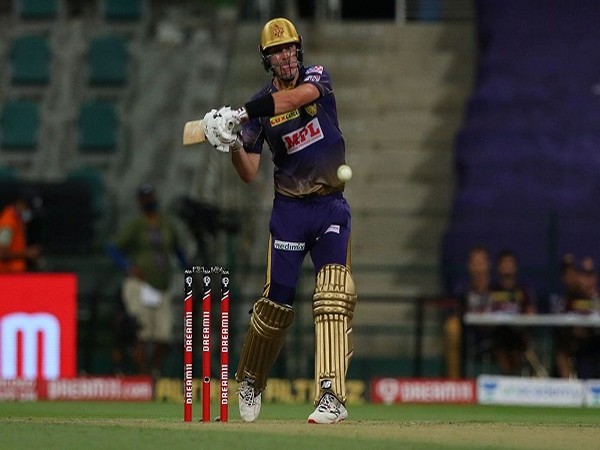 Abu Dhabi [UAE], October 16 (ANI): Pat Cummins’ gutsy half-century and skipper Eoin Morgan cautious knock of 39 runs helped Kolkata Knight Riders post 148 runs after witnessing a bad start against Mumbai Indians (MI) here at the Sheikh Zayed Stadium here on Friday.
KKR collapsed from 33/1 to 61/5 in five overs. However, Cummins (53) and Morgan rebuilt KKR’s innings stitching an unbeaten 87-run stand for the sixth wicket. The duo smashed 14 runs in the penultimate and 21 runs in the final over to help KKR post a respectable total of 148 runs in the 20 overs.
After opting to bat first, KKR got off to a bad start courtesy Suryakumar Yadav fielding which sent opening batsman Rahul Tripathi back in the dugout in the third over. Suryakumar took an absolute blinder at the point as Rahul tried to cut Trent Boult for four.
Nitish Rana then joined Shubman Gill in the middle and the duo stitched a brief 15 run stand before Nathan Coulter-Nile dismissed Rana in the sixth over.
Two overs later, Rahul Chahar spun a web. The right-arm spinner first dismissed Gill and then bowled Dinesh Karthik in the very next ball as KKR got reduced to 42/4.
With skipper Eoin Morgan and Andre Russell at the crease, KKR looked to rebuild the innings. Russell smashed a six to bring up the fifty for the KKR and their fans but his stint at the crease soon ended by Jasprit Bumrah.
In the 11th over, Bumrah bowled a short delivery which surprised Russell and Quinton de Kock took an easy catch. However, Pat Cummins didn’t show any sign of struggle and rebuilt the KKR innings along with Morgan. Cummins whacked the ball all around the park while Morgan played the role of second fiddle.
Cummins also smashed his maiden IPL half-century as KKR posted 148 runs in their allotted 20 overs.
Brief score: KKR 148/5 [Pat Cummins 53(36), Eoin Morgan 39(29), Rahul Chahar 2-18, Jasprit Bumrah 1-22] (ANI)

WHO says monkeypox is not yet a health emergency

Whose music is it, anyway! (IANS Column: B-Town)

Sushma to visit Bangladesh in September