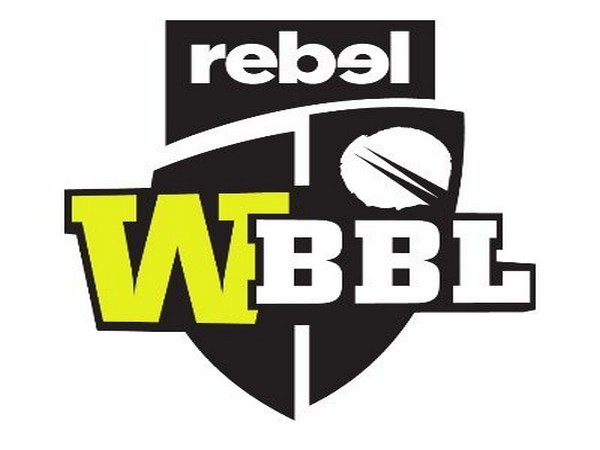 Melbourne [Australia], October 15 (ANI): Cricket Australia (CA) is confident that the Women’s Big Bash League (WBBL) will be able to adapt to the changing COVID-19 landscape in the country.
WBBL is slated to commence from October 25 and it will conclude on November 29. The competition will be played at a variety of venues around Syndey. The crowds will also be able to attend matches at varying levels based on capacity restrictions, ESPNCricinfo reported.
“One of the focus areas for building the competition has been the village which is a really self-contained facility to create a safe environment where we can scale up and down the level security and overlay that’s required. Crowds will be something we work really closely with the New South Wales government on around capacity – different venues will have different requirements. The hill at North Sydney Oval will be different to the big stands at the Sydney Showgrounds,” ESPNCricinfo quoted Alistair Dobson, the head of the Big Bash as saying.
“We have a really scalable model which will allow us to pull different levers if the situation changes. We haven’t talked specific [Covid] numbers but it’s something we monitor and talk about daily,” he added.
Over the last week, COVID-19 cases in New South Wales have increased but the organisers of WBBL are ready with every possible contingency.
There are 23 overseas players who have signed up for the tournament. The players from England, West Indies, and South Africa are currently undergoing two weeks quarantine in various cities before all the teams join up in Sydney next week.
“It’s an enormous sacrifice and it goes without saying that there isn’t a part of the game that hasn’t had to make really big sacrifices to get the WBBL season over the line and the same will apply for all the different formats this year. There’s an element of freedom within the village because we are able to create such a secure environment around it,” Dobson said.
“Part of what we’ve tried to set up is that players who are essentially leaving home for five or six weeks, from a mental health and wellbeing point of view, have an experience which is positive and not the hard bubble some other competitions have gone through. There are restrictions outside the village in terms of going into restaurants nearby or those sorts of things, and there’s an element of being able to flex that up and down,” he added.
On the opening day of WBBL, a total of four matches will be played. The first match of the tournament will be played between Melbourne Renegades and Melbourne Stars. (ANI)