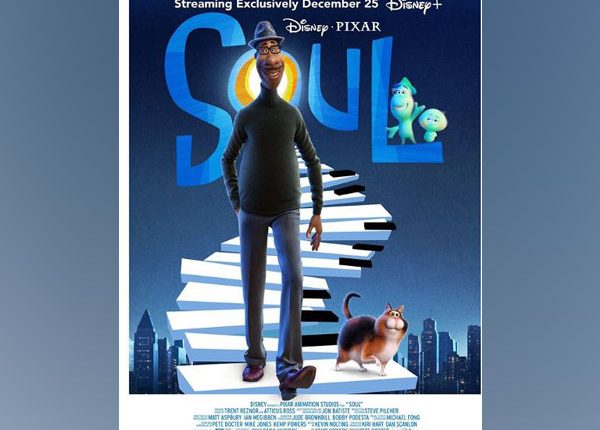 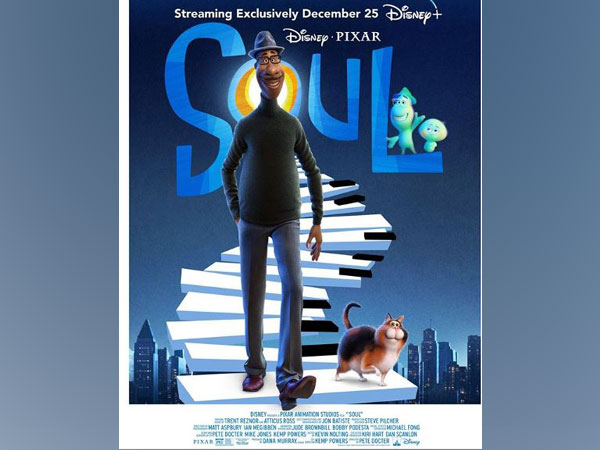 Washington [US], October 9 (ANI): Pixar’s ‘Soul’ is skipping theatres and will debut exclusively on Disney Plus in time for Christmas. The animated family film will launch on the streaming service on December 25. In international markets where Disney Plus isn’t available, ‘Soul’ will be released theatrically on a yet-to-be-determined date.
According to Variety, ‘Soul’ was initially slated to release in June, but it was later postponed to November 20 amid the coronavirus pandemic. The outlet previously reported that Disney was exploring various release options for ‘Soul’ and was unlikely to move forward with its late November slot.
Universal’s decision to push the release of its animated comedy ‘The Croods: A New Age’ forward from December 23 to November 25 — the same week ‘Soul’ planned to launch – further solidified the possibility that the Pixar film would move.
Bob Chapek, chief executive officer of The Walt Disney Company said, “We are thrilled to share Pixar’s spectacular and moving ‘Soul’ with audiences direct to Disney+ in December. A new original Pixar film is always a special occasion, and this truly heart-warming and humorous story about human connection and finding one’s place in the world will be a treat for families to enjoy together this holiday season.”
Variety reported that the news comes days after movie theatre operator Cineworld, which owns Regal in the U.S., announced plans to temporarily shutter all 536 locations, citing the “challenging theatrical landscape.” Rivals AMC and Cinemark said they don’t intend to close any U.S. venues.
Pete Docter (‘Monsters Inc.,’ ‘Up’) and Kemp Powers (‘One Night in Miami’) co-directed ‘Soul,’ an existential cartoon about a middle-school music teacher (voiced by Jamie Foxx) who dreams of being a jazz performer. But before his big break, he gets in an accident that causes his soul to be separated from his body. He’s then transported to the ‘You Seminar,’ where he teams up with 22 (voiced by Tina Fey) to return his soul back to his body on Earth before it’s too late.
Docter said in a statement, “The world can be an exhausting and frustrating place – but it’s also full of unexpected joys, even in seemingly mundane things, ‘Soul’ investigates what’s really important in our lives, a question we’re all asking these days. I hope it will bring some humour and fun to people at a time when everyone can sure use that.” (ANI)

Govt is working for big business houses, not common man:…