Karnataka to come up with a Cybersecurity Policy soon 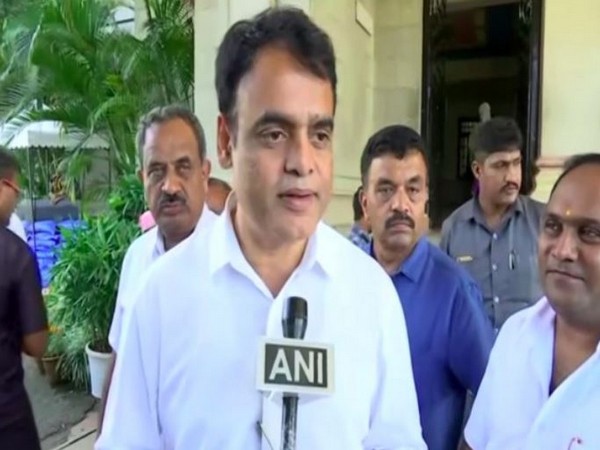 Bengaluru (Karnataka) [India], October 5 (ANI): Karnataka Deputy Chief Minister Dr CN Ashwathnarayan on Monday said that the government of Karnataka would soon come up with a relevant Cybersecurity Policy.
He stated this while he unveiled the mascots of cybersecurity on Monday in an event held at Vidhana Soudha, as part of the inauguration of celebrating the October as cybersecurity month which is being observed by the state for the first time.
Cybersecurity is gaining increased focus in the government in view of the rapid adoption of IT (Information Technology) solutions for delivering public services. Whilst this has many benefits the increased adoption of IT also comes associated with significant cyber risks.
The new Cyber Security Policy would be framed to address the needs of the citizens, industry, students as well as the state government. As per an FBI report of the US, the number of complaints from cyber-attacks has increased up to 4,000 per day, a 400 per cent increase compared to before the pandemic. Apart from Phishing attacks, there is a surge in malware attacks and ransomware attacks. Cybercriminals have launched thousands of “fraud portals” in the guise of collecting donation to the cause of coronavirus”, he said.
“Bengaluru houses India’s IT hub and naturally will also be a favourite target of cybercriminals. Hence, it is important for government organisations to become more cyber aware. Cyber aware employees are the best defense against cyber risks in any organisation,” he added.
CySecK is the Karnataka state government’s CoE (Center of Excellence) in Cyber Security, housed in the IISc (Indian Institute of Science) campus, with IISc as the anchor institute and KSCST (Karnataka State Council for Science and Technology) as the implementation agency. CySecK was setup by KITS (Karnataka Innovation and Technology Society) of the Department of IT, BT, and S&T. (ANI)

Railway police in K’taka on high alert amid Agnipath…

Changes to by-laws in Malayalam actors body might take more…