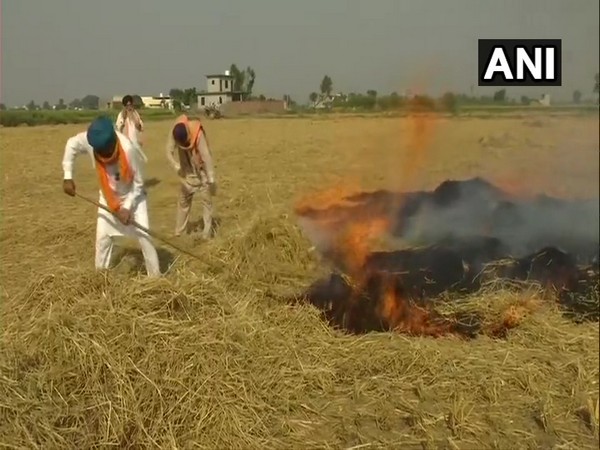 Amritsar (Punjab) [India], October 2 (ANI): Amid rising concerns regarding air pollution in the national capital and neighbouring states, farmers in Amritsar’s Devidaspura continued to burn stubble in their fields.
Farmers in the region said that they did not wish to create more pollution but were compelled to do as government compensation was not adequate.
“We too care about the environment. We have been demanding a compensation of Rs 6,000 per acre or Rs 200 per quintal for several years but the government is not agreeing to our demands. What other option do we have?” a farmer told ANI.
Earlier, Union Minister for Environment, Forest and Climate Change (MoEFCC) Prakash Javedkar had said that the ICAR-Pusa institute had conducted research on a decomposer to solve the stubble burning problem.
“The trial will be conducted in several states this year. We are expecting less stubble will be burnt this year,” Javadekar said. (ANI)

Maharashtra govt will present its stand on Maratha reservation in SC: Sharad Pawar

Maha’s new political equations: Toying with their own…

Why do people text while driving?