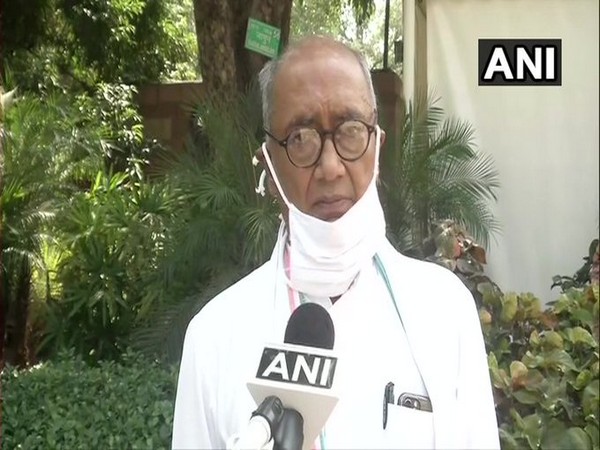 New Delhi [India], October 1 (ANI): Chief Minister Yogi Adityanath should resign, said senior Congress leader Digvijaya Singh on Thursday over the alleged gang rape and death of the victim in the Hathras incident.
Through several tweets, in which he quoted tweets and used several images, to raise the issue of the plight of women in Uttar Pradesh, Singh said that the Bharatiya Janata Party (BJP) was “anti-Dalit”, and demanded Adityanath’s resignation.
In one of the tweets, the senior Congress leaders also said that the middle class population of the country is not rising up this time as it did in the 2012 Nirbhaya case.
He also questioned whether today’s Opposition parties lack the “organisational muscle of RSS/BJP to run such campaigns”.
“The way Middle Class raised the “Nirbhaya rape” issue is missing this time. Is it because she is a Dalit or she is from a village? Or is it because the opposition parties of the day, lack the Organisational muscle of RSS/BJP to run such campaigns?” Singh said.
“A matter for all Opposition Parties to introspect. Would they? They should. Hathras Horror Shocks India,” he added.
Earlier yesterday Congress president Sonia Gandhi attacked the Yogi Adityanath government over the death of the Hathras gang rape victim, saying she “did not die but was murdered by ruthless government” and “her body was consigned to flames forcibly”.
“Crores of people in this country are sad and angry over the brutal incident of Hathras, which is a blot on our society. I want to ask, being a girl is a crime? Being a poor girl is a crime? What was UP government doing that they could not hear the voice of the family seeking justice? They tried to suppress the matter. Right medical facilities were not provided to the victim on time,” Sonia Gandhi said in a video statement.
She described the 19-year-old victim, who died in Delhi’s Safdarjung Hospital on Tuesday, as Nirbhaya of Hathras.
“A girl has left us. I want to say that Nirbhaya of Hathras did not die, she was murdered by a ruthless Uttar Pradesh government, its administration and its neglect.”When she (victim) was alive, she was not given justice, she was not protected,” she said.
Gandhi alleged that the victim’s final rites were performed forcefully and her body was not taken to her residence. (ANI)