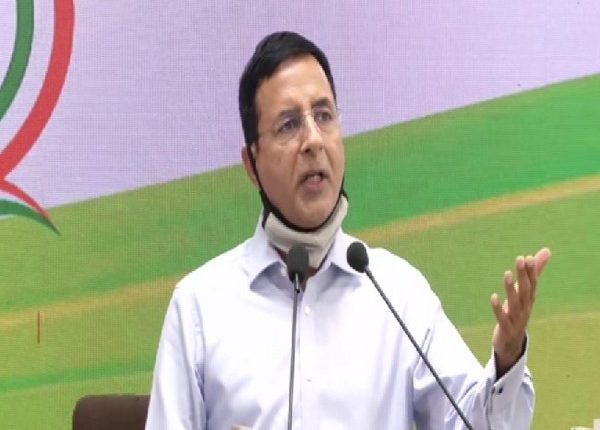 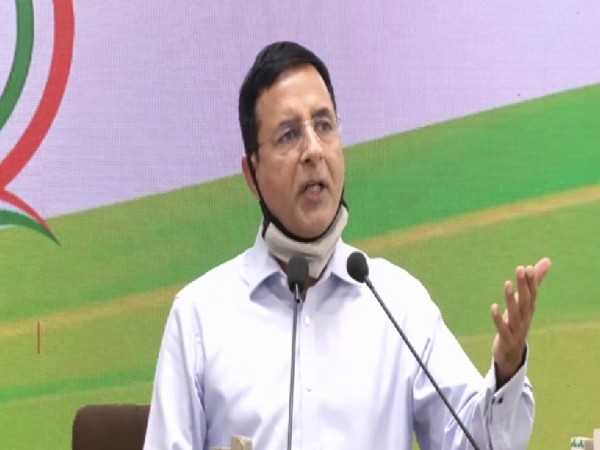 New Delhi [India], September 20 (ANI): Congress Spokesperson Randeep Singh Surjewala on Sunday said that the central government has passed legislation on agriculture to snatch away the livelihood of 62 crore farmers in the country.
“The Modi government has passed the law to snatch the livelihood of farmers on the basis of number force, but how will they implement it? The government has used hooliganism and it has forcibly passed the law and taken away the livelihood of 62 crore farmers,” Surjewala told ANI.
“I have tried to show the blind deaf and dumb government a mirror of truth. When Parliament becomes hostage, there is no other option but to raise the voice,” he added.
The Congress spokesperson further said that the Modi government will now have to face the wrath of the farmers after it has passed the law.
“Modi government will now have to fight against the 62 crore farmers. Now, there will be a war inside the villages of India. This law challenges the livelihood of 62 crore people. Congress workers will have to fight against this law. We will fight together till even if a single strand of blood runs in our veins,” he said.
“In the 73 years of history of independent India, this is perhaps the darkest day. Modi Ji and the Modi government have attacked the farmers of the country and farm labourers. These three black laws will be considered as the darkest chapter in the history of this country,” he added.
Surjewala further questioned how the farmers of the country will get Minimum Support Price (MSP) if they are left to the market forces.
“The government should tell us how the farmers will get MSP. If big companies do not buy the farmers’ crops at the minimum price, then who will guarantee MSP?” he asked.
“A total of 86 per cent of the farmers own less than 5 acres of land and they are being tempted to go from village to mandi to sell their produce. Most of the farmers do not have tractors. How will the farmer of Haryana sell in Kolkata? How the farmer of Maharashtra will sell the crop elsewhere?” he added.
Earlier today, senior Congress leader and former Union Minister P Chidambaram targeted Agriculture Minister Narendra Singh Tomar and asked him how will he ensure that Minimum Support Price (MSP) will be given to farmers when there is no data of private trade available with the government.
“Agriculture Minister says that the government will guarantee that the farmer will get MSP. Private trade takes place even today. The price paid to the farmer is invariably less than MSP. If the Agriculture Minister can magically ensure MSP, why has he not done that so far?” Chidambaram tweeted.
“How will the Minister know which farmer sold his produce to which trader? How will he know the millions of transactions that will take place every day all over the country? If he does not have the data, how will he guarantee MSP is paid in every transaction?” he added.
The government has earlier passed three legislations on agriculture.
The Farmers (Empowerment and Protection) Agreement of Price Assurance and Farm Services Bill, 2020 is aimed at developing a national framework for farming agreements to empower farmers through networking with agribusiness firms, exporters and retailers.
The Farmers Produce Trade and Commerce (Promotion and Facilitation) Bill, 2020 seeks to give farmers the choice to sell their produce at competitive prices anywhere.
The Essential Commodities (Amendment) Bill, 2020 was passed by the House earlier. (ANI)