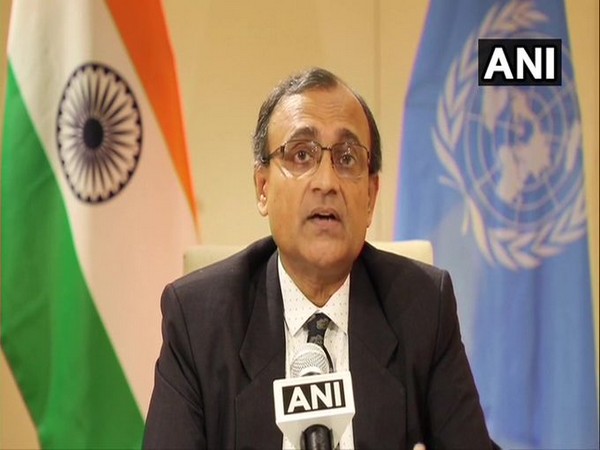 New York [US], September 19 (ANI): India’s Permanent Representative to the United Nations TS Tirumurti on Friday (local time) said the highlight of the “historic” UN General Assembly session this year will be the participation of Prime Minister Narendra Modi in two debates in the high-level segments beginning from September 21.
“This time, the UN General Assembly will be historic and in more than one way. As far as India is concerned, the highlight will be the participation of PM Modi in two debates in the high-level segments starting on Monday,” Tirumuti told ANI in an exclusive interview.
He said the first event is a general debate where the Prime Minister will represent India at the UN and deliver the national statement while the other is the high-level plenary meeting to commemorate the 75th anniversary of the UN. “His address will certainly be the highlight of our participation in UNGA,” Tirumurti remarked.
The diplomat informed that a biodiversity summit will be organised virtually on September 30 with the theme — ‘Urgent action on biodiversity for sustainable development’. “This will be the first summit on biodiversity in the UN. Our Environment Minister Prakash Javadekar will be participating in this summit,” he said.
Tirumurti stressed that India is one of 10 mega biodiverse countries in the world and the country has taken a leading role in the field of biodiversity.
“India recently held the Conference of Parties of the Convention on the Conservation of Migratory Species of Wild Animals in February this year. We had also organised the Conference of Parties to the UN Convention to Combat Desertification in September last year in Delhi, which saw the adoption of the ambitious Delhi Declaration,” he said.
He also informed that an important event to commemorate the 25th anniversary of the World Conference on Women will be held on October 1 and the adoption of the Beijing Platform for action, which is “widely acknowledged as the most comprehensive plan for advancing rights of women and girls”.
The event will be attended by Women and Child Development Minister Smriti Irani, underlining India’s strong commitment to women empowerment and gender sensitivity.
Furthermore, External Affairs Minister S Jaishankar will be participating in some of the ministerial meetings which will be held on the sidelines of the UN General Assembly, said Tirumurti.
“On October 2, the UN will be holding International Day for the Total Elimination of Nuclear Weapons. Foreign Secretary Harsh Vardhan Shringla will be delivering India’s remarks at this event,” he further informed.
Tirumurti said the theme of the current UN General Assembly session is — ‘The Future We Want, The UN We Need’, “reaffirming our collective commitment to multilateralism, confronting COVID-19 through effective multilateral actions”.
He also said the UN General Assembly session will be different this year from all previous seasons as the world is still in the midst of the COVID-19 pandemic. “We hope that member states take COVID-19 as an opportunity to opt for reforms and change in order to have the future we want.”
The diplomat stated that in view of the COVID-19 travel restrictions, most leaders will not travel to New York and the high-level debate will be conducted virtually.
“World leaders will be delivering their national statements through pre-recorded videos. The hall of the General Assembly will not be empty. One representative per delegation will be allowed in the General Assembly hall. If they wish, they can introduce the video of their respective heads of state or government,” Tirumurti said. (ANI)

All safety measures being taken to reduce risk of contracting COVID-19: Patna airport

China a ‘number one national security threat’ to…