After shining on National level, Taekwondo player from J-K aims for Olympics 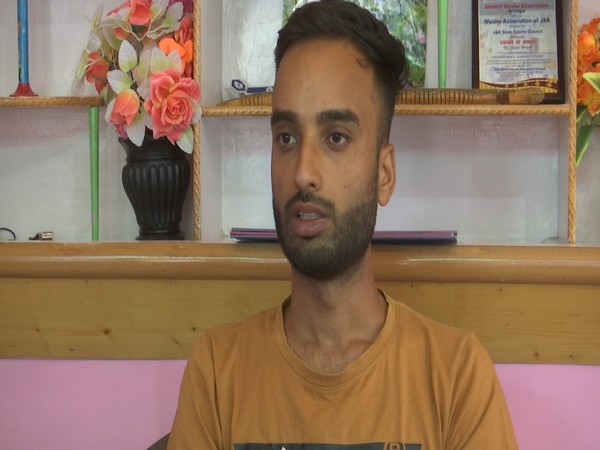 Baramulla (Jammu and Kashmir) [India], September 14 (ANI): Danish Manzoor, a rising taekwondo player from North Kashmir’s Baramulla district, dreams of going to the Olympics.
“Growing up I was always into sports. I started off with Cricket and from there I turned to combat sports, which is taekwondo,” said Manzoor, adding that he first encountered the sport in 2013.
Talking about how he got into the sport, Danish said, “When I first came across taekwondo and saw few people practising at a local park, I found the whole process very rhythmic. I got inspired by the way they were practising. After I got home, I couldn’t sleep.”
“My career started from Jammu when I played my first state tournament in 2013, in which I got a gold. The tournament later took me to the nationals. I played my second nation in 2015 in Cuttack, Odisha, in which I reached till quart finals,” said Danish.
Further talking about his journey he said, “In the 2016 Nationals, I played in ‘Mahavir’, “which is one of the most revered events in taekwondo. After winning those medals you get eligibility for World Championship and Asian Games trial. And, till date, I am the only one from Kashmir who has got a silver, medal in that tournament.”
He has participated in various national and state-level competitions while securing several medals including two Junior Nationals and one Senior National and now has his eyes set on Olympics.
“My only dream is to go to the Olympics. I know I don’t have enough national medals yet I am not focused on nationals. Step by step I want to reach the Olympics.”
Besides his personal ambition, Danish hopes to inspire the youth of his district.
“I want everyone to recognise taekwondo and take it forward. Jammu and Kashmir is no longer the state it used to be five years ago. People are pursuing all kind of sports,” he said.
Mumtaz Ahmad, Danish’s trainee, said he is now an inspiration to many young players who wants to pursue the game.
“Danish has played a lot of matches and has brought laurels for Baramulla district. It is not easy to play national and international tournaments in this sport. He is an inspiration for all. He is a role model here. If can do it, then why can’t the rest of youth,” he said. (ANI)

MBBS students on COVID duty in Himachal to receive Rs 3,000…