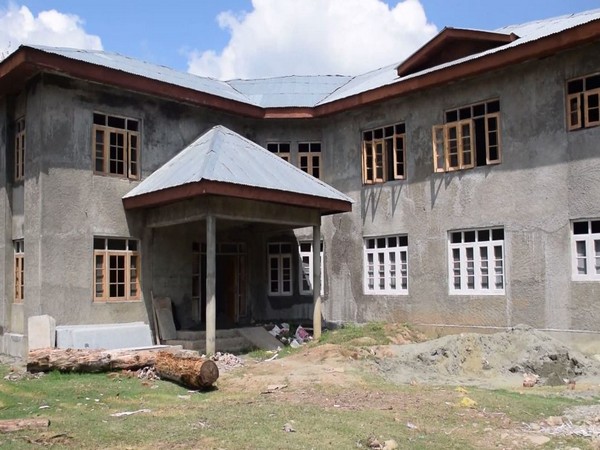 Shopian (Jammu and Kashmir) [India], September 13 (ANI): Local villagers of Gatipora in Kellar block of Shopian district of South Kashmir expressed happiness that the construction of a Primary Health Centre (PHC) equipped with all modern medical facilities will soon be completed.
Once this PHC is completed, around 25,000 people living in 24 villages in the area will benefit, says local villager Fayaz- ul- Zama.
“We are very thankful to the government of India which has started the construction on time and the monitoring work is also being carried out nicely. People here will get good health care facility,” he added.
It may be mentioned here that Kellar block of Shopian district in south Kashmir is considered as a hotbed of militancy and every week at least one encounter occurs in this block. Gatipora area is considered as a backward area of Shopian district where most people are not well to do.
“This PHC will benefit around 25,000 people residing here. They would get treatment and medicine on time. We are thankful to the government of India. We are really happy. The construction work is going on in full swing,” said another local villager, Abdul Aziz.
Earlier the residents here had to face many problems due to lack of medical care facilities as they had to take patients either to district hospital Shopian or Srinagar.
The construction of a new Public Health Centre (PHC) in Gatipora has been the latest among a fleet of new initiatives by the Union Territory’s government for the welfare of the people.
“The construction work began in 2013. Around 90 per cent of the work has been completed. This new PHC will largely benefit the entire area including various villages. People here have to travel far away in order to avail medical facilities. UT Government has played an essential role in the construction of PHC. We are trying to finish the work as soon as possible,” said Abdul Rashid, Junior Engineer, R&B, Shopian.
Although some work on this PHC was started many years ago but the work was stopped by previous governments due to which local villagers were facing problems but after Jammu and Kashmir became a Union Territory, the work here has again started following which the construction work is going on at full pace and the concerned junior engineer (R&B) says that it will be completed very soon.
The total project cost of this new PHC is around Rs 1.90 crore and the Roads and Bridges (R&B) department of Kashmir valley is constructing it. (ANI)

Prabhas thanks directors, producers for shifting films for…

#Metoo: Feel vindicated on behalf of women who spoke against…