Billy Stanlake signs with Melbourne Stars ahead of BBL 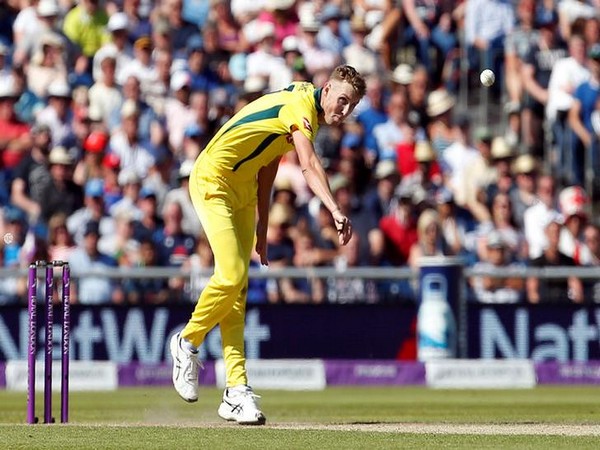 Melbourne [Australia], September 8 (ANI): Melbourne Stars on Tuesday announced the signing of pacer Billy Stanlake from Adelaide Strikers ahead of the upcoming season of the Big Bash League (BBL). This agreement will also see Stars’ pace bowler Daniel Worrall move to the Strikers in return.
Stanlake has played 39 BBL matches so far, managing to take 34 wickets in the competition. The 25-year-old has been part of Australia’s ODI and T20 international squads in recent years and is currently in UAE with his Indian Premier League side, SunRisers Hyderabad.
“The Melbourne Stars have been a very successful club for a long time in the BBL. While they haven’t lifted the trophy yet, they have been a serious contender almost every season and I hope I can contribute to taking that final step,” Stanlake said in an official release issued by Melbourne Stars.
“I’m looking forward to meeting up with the guys later in the year and getting stuck into what I’m sure will be a slightly different campaign to normal but it’ll be great to get underway,” he added.
Melbourne Stars head coach David Hussey said that Stanlake will bring a different dimension to the bowling unit and the side would get more balanced.
“It’s never that nice as a batsman to have the ball coming down from that height at you and when Billy is up in the 140km zone with a good yorker and bouncer, he’s a very difficult bowler to contend with,” Hussey said.
“I’d also like to thank Dan Worrall for his commitment to the Stars over many seasons. He has been a good performer for the Stars, and we wish him well as he continues his BBL career at home in Adelaide,” he added.
Stanlake will be contracted to the Melbourne Stars until the end of the BBL|12 season.
BBL is slated to start from December 3 this year, and in the opening match, Adelaide Strikers will take on Melbourne Renegades. Melbourne Stars will take on Sydney Thunder in their opening match on December 5. (ANI)