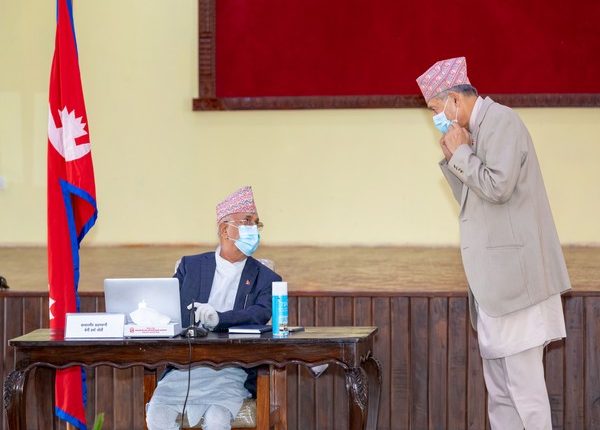 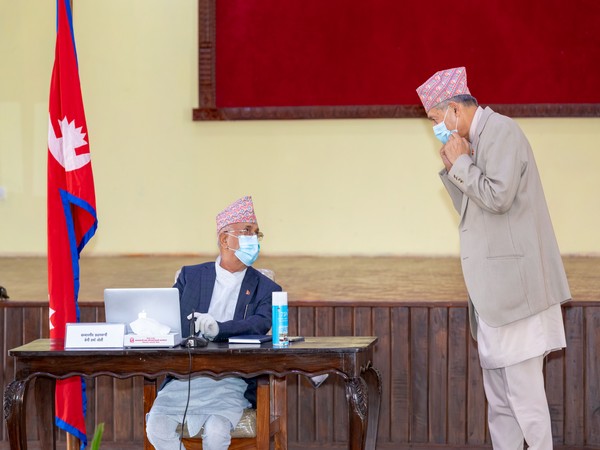 Kathmandu [Nepal], September 4 (ANI): Finance as well as Communication Minister of incumbent government in Nepal, Dr. Yubaraj Khatiwada has resigned from his post.
Khatiwada had tendered his resignation to Prime Minister KP Sharma Oli on Friday late afternoon which was accepted by evening, Press Advisor to Oli, Surya Thapa confirmed.
“His resignation comes as per the constitutional provisions. Prime Minister Oli accepted his resignation; both the Ministries which Khatiwada was administering has come under Premier Oli,” Thapa told ANI.
The jurisdictions of now vacant ministry to Prime Minister Oli also has been acknowledged and approved by the President, a release issued by Office of the President stated.
Earlier in day, Khatiwada who held ministerial portfolio of the Ministry of Communication and Information Technology along with Finance Ministry had informed media about his step in a press briefing.
“Later today, I will be resigning from the post of Ministry of Finance and Ministry of Communication and Information Technology. In today’s cabinet meeting I informed Prime Minister about my step and will support government staying out of it. I will contribute in the field of national interest and for its development, to uplift the status of common Nepali and to bring prosperity,” Khatiwada said.
During farewell address, Khatiwada claimed that he was able to lay a concrete foundation of the country’s economy even during the most difficult days. While stating that the days ahead are challenging due to the effects of COVID-19 pandemic, Khatiwada said that he was able to bring significant improvements in the country’s revenue during his two and half year long stint as the finance minister.
Although Prime Minister Oli wanted to retain him as finance minister by nominating him as a member of National Assembly, he was forced to give in to the demand of the rival faction within the party to nominate NCP Vice-Chairman Bam Dev Gautam as a member of National Assembly.
Earlier on Friday, a cabinet meeting held at the residence of Prime Minister Oli in Baluwatar had decided to recommend the name of Gautam to President Bidya Bhandari for the appointment of a member of the National Assembly. The post was vacant after Khatiwada’s two-year term expired six months ago. (ANI)

India-Bangladesh Relationship towards a Healthy Hike

Never had this kind of situation since 1962: Foreign Secretary on ‘unprecedented’ India-China border issue

AES claims lives of six children in Gorakhpur this year: UP…