On this day in 2019, Jasprit Bumrah became third Indian to take Test hat-trick 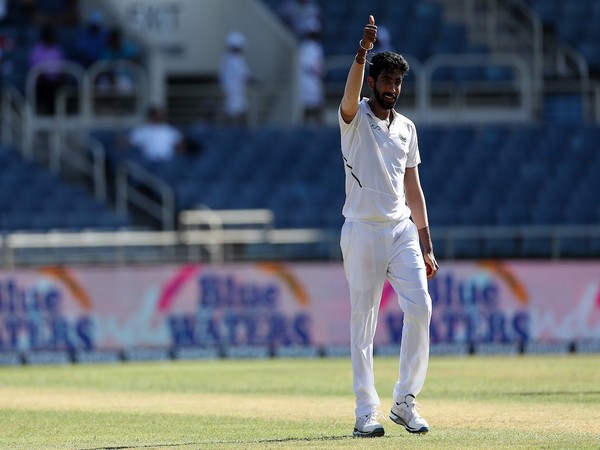 New Delhi [India], Aug 31 (ANI): On this day last year, pacer Jasprit Bumrah became the third Indian to take a hat-trick in the history of Test cricket.
Bumrah achieved the feat in the second Test against West Indies in Jamaica.
Playing in his 12th Test, Bumrah had left-hander Darren Bravo caught at second slip for four runs before trapping both Shamarh Brooks and Roston Chase lbw for golden ducks at Sabina Park in Kingston.
Chase was originally given not-out but Kohli opted for a review and the ball tracker showed that the ball was clearly hitting the stumps.
Bumrah then attributed his feat to skipper Kohli as his third wicket came on the Decision Review System (DRS), which Kohli took.
“I thought it was bat first. So I didn’t appeal so much. But it was a good review in the end, and I think I owe the hat-trick to the captain,” Bumrah said in an interview which was posted on bcci.tv.
“Actually I didn’t know. I was not very sure of the appeal,” he added.
Previously Harbhajan Singh and Irfan Pathan had taken hat-tricks in Test matches for India. Harbhajan had achieved the feat against Australia in 2001 whereas Pathan had taken a hat-trick against Pakistan in 2006.
Bumrah returned with the figures of 6-27 in 12.1 over in first innings. He picked one more wicket in the second innings.
India won the match by 257 runs to clean-sweep the two-match series. (ANI)

Aircraft operators to share info on int’l travellers with NCTC

Laurels for a local Naperville based small business