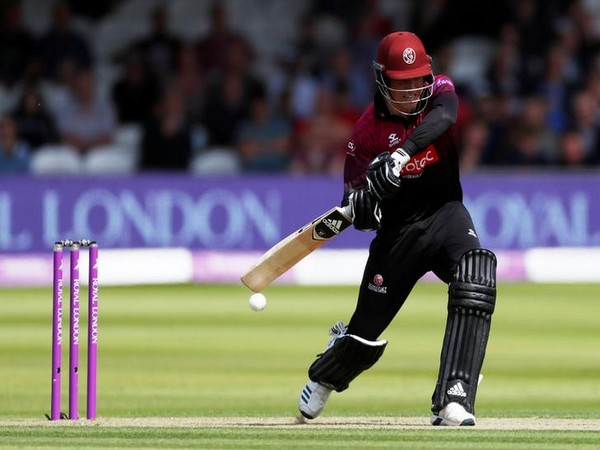 Abu Dhabi [UAE], Aug 27 (ANI): England’s batsman Tom Banton has said that he is excited to share a dressing room with Andre Russell for the Kolkata Knight Riders (KKR) in the upcoming Indian Premier League (IPL) 2020.
The IPL 2020 will be played in the UAE from September 19-November 10 across three venues — Dubai, Abu Dhabi, and Sharjah.
In the players’ auction which was held in December 2019, Banton was purchased by KKR for INR 1 crore.
“I am particularly excited to play alongside Andre Russell and Pat Cummins. I watched Andre last year, and he played really well. Learning from someone like him will be really cool,” the official website of KKR quoted Banton as saying.
Recently, Banton played alongside Eoin Morgan in England’s three-match ODI series against Ireland. And both batsmen will be seen together in action for KKR as well.
Morgan will not be his captain at Knight Riders as Dinesh Karthik would be leading the franchise.
“Morgan is an extremely positive person, no matter what. It’s nice to have him in the team, as he bats for his team. He has been playing for a long time and has a lot of experience. I remember my first match for England, I got out playing a shot. He came up to me and said ‘you don’t need to change what you are currently doing.’ It was really nice to hear that,” Banton said.
All eight IPL franchises have reached UAE for taking part in the upcoming tournament.
All players and team personnel are required to undergo a six-day quarantine period after landing in the UAE and everyone needs to be tested for Covid-19 thrice.
Once, they all test negative for Covid-19, the players can start training in the UAE with their team-mates.
The final match of the 2020 edition is scheduled to be played on a weekday, i.e. Tuesday, for the first time in the history of the T20 tournament.
This time, both the afternoon and evening matches will be played half-an-hour earlier than usual. (ANI)

Researchers get a better grip on left and right handedness