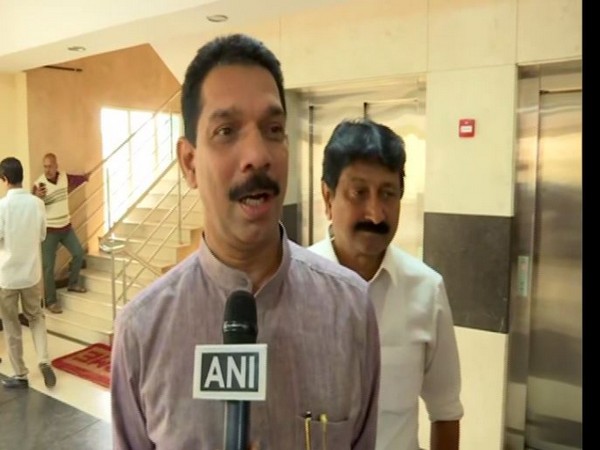 Bengaluru (Karnataka) [India], Aug 21 (ANI): Slamming former Karnataka Chief Minister Siddaramaiah, state BJP President Nalin Kumar Kateel termed him a “fake champion” of Dalits and backward classes.
“Siddaramaiah, the so-called champion of the backward classes and Dalits, is so insensitive he never bothered to visit the residence of those who were killed and console their family members in coastal Karnataka,” Kateel said in a statement on Thursday.
“BJP does not believe in highlighting the caste of any individual. However, I am forced to bring out the caste angle in order to expose the hypocrisy of Siddaramaiah,” the state BJP president said.
Kateel’s remark comes in the backdrop of Bengaluru violence that broke out on August 11, over an alleged “derogatory” social media post. Among those arrested are Naveen, the nephew of Congress MLA Srinivas Murthy.
Kateel also responded to the remarks made Siddaramaiah on Wednesday, where he accused the ruling BJP of mismanaging the floods situation in the state and solely focussing on Bengaluru violence to gain political mileage.
“The whole state is suffering due to floods and its mismanagement but the BJP is only interested in gaining political mileage using the Bengaluru violence. Their failure to provide relief and rehabilitation for last year’s flood victims has added to the misery,” Siddaramaiah had tweeted on Wednesday.
The BJP leader accused the former Chief Minister of appeasing the minority community for electoral gains.
“Siddaramaiah does not have the moral courage to respond to these obvious facts that are staring at his face,” he added. (ANI)

The Hood: Benedict Cumberbatch set to team up with Paul Greengrass for upcoming period drama

5 breathtaking pics of Akhil Akkineni from his Maldives vacation

What the JCB Prize for Literature longlist reveals, and what…