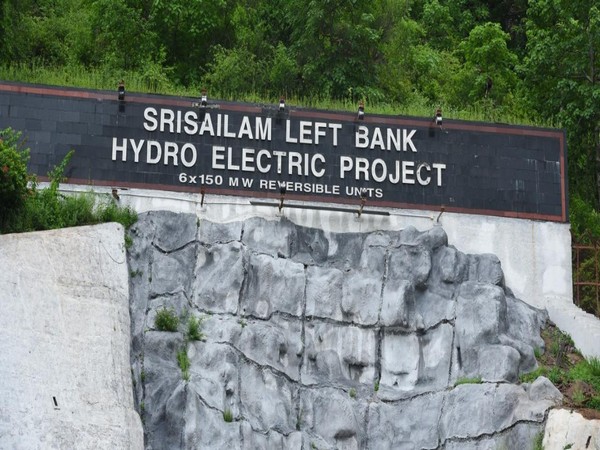 Nagarkurnool (Telangana) [India], August 21 (ANI): As many as nine are feared to be trapped after a massive fire broke out inside the Srisailam Left Bank Hydra Electric Project’s powerhouse of the Srisailam reservoir here at around 10:30 pm on Thursday.
So far, no casualties have been reported.
A fire tender from Atmakar Fire Station in the Kurnool district was deployed at the spot to control the fire. As the part of the power station where the fire broke out falls in the Telangana territory, fire and police personnel from Nagarkurnool and Mahaboob Nagar districts rushed to the spot. The staff of the Right bank power station which is located in the Andhra Pradesh territory also joined the rescue operations.
The officials cut off the power connection to the station and then the fire was brought under control. However, heavy smoke coming out of the fire has caused hindrance in the rescue operations. 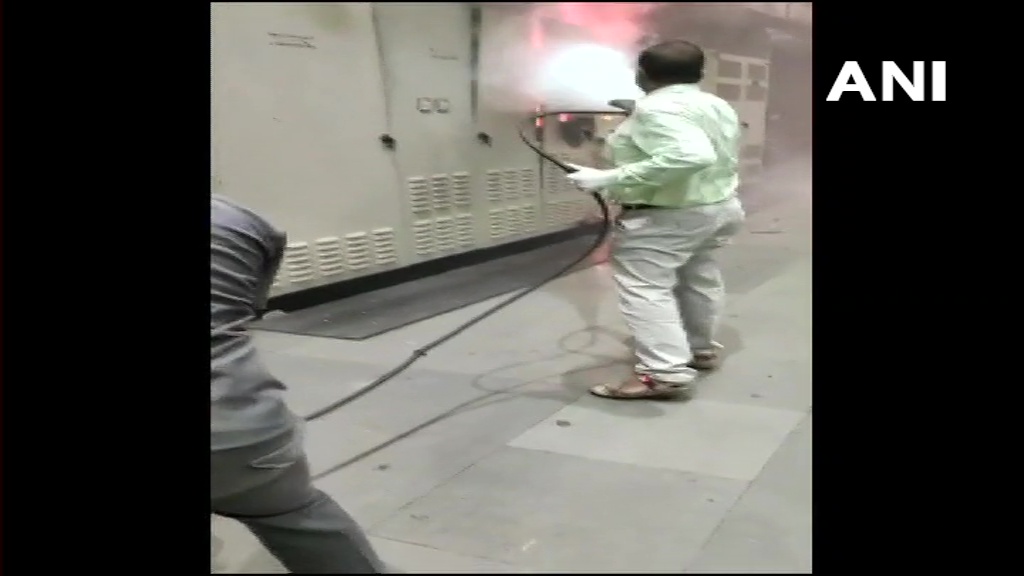 As many as 10 people were rescued from the incident, out of which six are undergoing treatment at the GENCO Hospital. The six injured persons include Deputy Engineer Pawan Kumar, Plant Junior Assistant Ramakrishna, Driver Palankaiah, Krishna Reddy, Venkataiah, and Matra.
At first, the fire took place in the panel board. The sound of the blast in the panel board created a panic situation among those present at the site. Soon, the smoke had spread in six units. Engineering and Operations and maintenance staff rushed out after seeing the smoke emitting at an alarming level.
Jagadeeswar Reddy, Telangana Minister for Power said that heavy smoke coming out of the fire has caused hindrance in the rescue operations.
“Fire took place in unit 1 of the plant at around 10:30 pm. Staff and firefighters tried to put off the fire. There were GENCO staff inside the plant at the time of the accident. While 10 of them could come out safely, nine could not come. They tried to stop the power of the plant, but it was not possible. With the information they sent out; the power supply to the plant was cut off. As the smoke is so heavy, they are unable to come out. Rescue operations also could not save them,” he said.
“The firefighters tried to go inside for three times. But the situation was like that they were about to lose consciousness. Luckily, the drivers of the vehicles who took them inside had oxygen masks. So they drove the vehicles outside safely. We are trying to get the help of the Singareni Coal Mines, as they might have expertise in such situations. In fact, such a situation has never arisen in the history of hydroelectric projects, not only here, but anywhere in India. Our first priority is to rescue the trapped ones,” he added.
Reddy, Nagarkurnool district collector L Sarman, Telangana Transco, GENCO CMD Prabhakar Rao, local MLA G Balaraju, were among others who visited the site.
More details of the fire accident are awaited. (ANI)

Much-awaited LIC lists with discount of over 8 per cent

Measles-like virus killing dolphins in US

Goa eke out 1-0 win against Pune in ISL

West Bengal gears up for fifth phase, voting in 45…