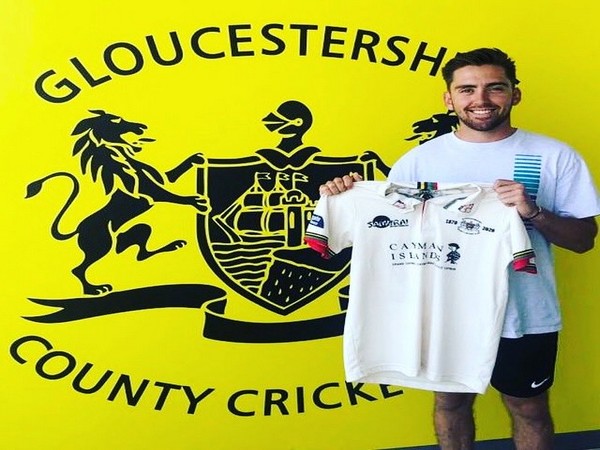 Bristol [UK], Aug 13 (ANI): Gloucestershire Cricket on Thursday signed batsman Tom Lace with immediate effect on a three-year contract.
The 22-year-old batsman is one of the most promising players in the county game. Lace was the tenth highest scorer in Division Two in 2019 having scored 835 runs for Middlesex and Derbyshire at a strike rate of 49.97. Ryan Higgins was the only other player under the age of 25 in the top ten.
In 2019, he surpassed 50 runs on seven occasions including three centuries, one of which was a 125 against Gloucestershire at Derby. The last time the Bristol County Ground played host to Derbyshire in first-class cricket, Lace scored 83 and 57. A positive sign for the future.
The London native averaged 43.33 for Derbyshire last season, more than anyone in a team that included Wayne Madsen and Billy Godleman.
“I’m delighted to have signed for Gloucestershire for the next three years. I’m looking forward to hitting the ground running and helping the team to more success,” Lace said in an official statement.
“Bristol is a brilliant city and Gloucestershire is a county full of hungry and talented young players. I’m hugely grateful to everyone at the club for the opportunity to be a part of that,” he added.
Lace had been with Middlesex since the age of 10 but found opportunities to play on loan to Derbyshire in the last two seasons. 31 innings into his first-class career, he has already reached 1,000 runs boasting an average of 36.13 and a high score of 143 made last June against Glamorgan at Swansea. Middlesex have agreed to release Tom from his contract, so he is, therefore, able to join Gloucestershire immediately.
Gloucestershire’s head coach Richard Dawson feels Lace is a talented batsman with a great work ethic.
“We’re absolutely delighted Tom has joined the Club. He’s a very talented young batsman with a great work ethic and he will be a great addition to the changing room,” Dawson said.
“Last season we saw first-hand, when he played for Derbyshire, how good a batsman he is and now we look forward to him scoring runs for Gloucestershire,” he added.
After passing a medical at the Bristol County Ground this week, Lace will be available for Gloucestershire’s next Bob Willis Trophy match, against Glamorgan starting on Saturday, August 15. (ANI)