All-rounder Laura Marsh announces retirement from all forms of cricket 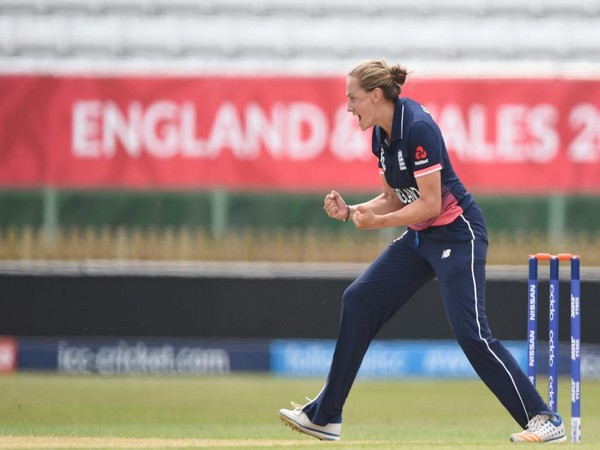 London [UK], Aug 13 (ANI): Former England all-rounder Laura Marsh has announced her retirement from all forms of cricket.
While announcing her retirement, Marsh cited the delay to the launch of the inaugural edition of the “Hundred”.
She was slated to represent Oval Invincibles in the tournament, but the competition has been pushed to 2021 due to the coronavirus pandemic.
“I have made the decision to retire from all forms of cricket. With the cancellation of The Hundred competition this year, I feel that it is the right time to hang up the boots. I want to say a huge thank you to all the teams and organisations I have represented over the years,” Marsh tweeted.
“I owe a huge amount to both Kent & Sussex for the role they played in my development as a player. Big thanks also to The Surrey Stars, Sydney Sixers, NSW Breakers, and Otago Sparks. Every team I played for developed me as a player and a person and I am fortunate to have made some lifelong friends and memories over the years,” she added. 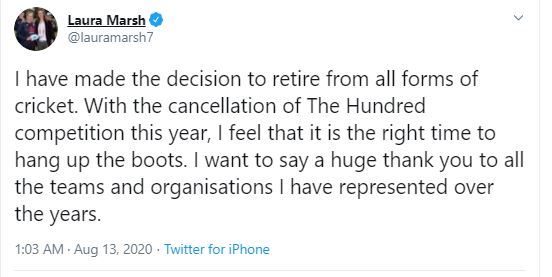 On this day in 2017: Hardik Pandya registered his maiden Test ton

Celebs share what pleases them the most about the Monsoon…

Badminton: India braces up for tough test at Sudirman Cup

Best time to be in India, Modi woos Australian business…