For self-reliant India, MSMEs and industries to be made import substitute, cost-effective: Gadkari 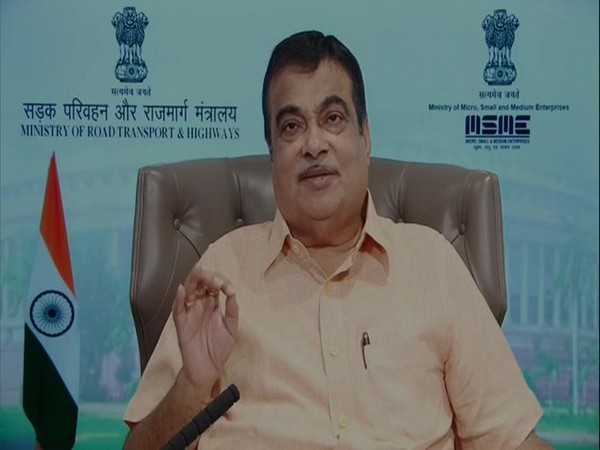 Nagpur (Maharashtra) [India], Aug 9 (ANI): In order to make India self-reliant, the Ministry of Micro, Small and Medium Enterprises (MSMEs) and industries have to be made import substitute, cost-effective, pollution-free and indigenous, said Union Minister Nitin Gadkari.
“As per a study, the top 10 export major categories of China contribute to 70 per cent of China’s exports. We should identify imports to India. For moving towards self-reliant India, the first thing we have to do is to make our MSMEs and industries import substitute, cost-effective, pollution-free and indigenous,” said Gadkari at “India at 75 Summit- Mission 2022”, organised by Confederation of Indian Industry (CII) via video conferencing on Saturday.
Gadkari also said, “Private sectors should think more about tribals, villagers, farmers and other marginalised sections while talking about growth.”
The Union Minister of MSME said the eradication of poverty and employment generation are “big challenges” in front of the government.
He underlined that MSME sector has created approximately 11 crore jobs across the country. However, the problems remain in the listing of the MSMEs, he said.
Gadkari said the country should aim to shift the population from big cities to newer smart cities and smart villages by creating livelihood opportunities there.
The summit organised by CII emphasised on “reinventing technology in India” by combining the best of local and global talent, innovation and capital. (ANI)

PM Modi should focus on strategy on Covid vaccine, instead…