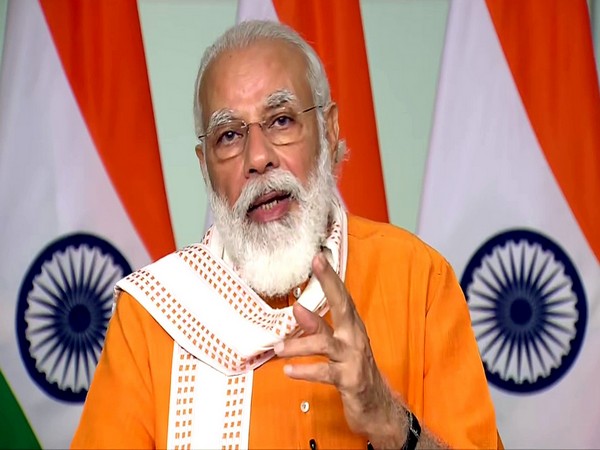 Ayodhya (Uttar Pradesh) [India], Aug 5 (ANI): Among the plethora of activities lined up for Wednesday at the Ram temple site in Ayodhya, Prime Minister Narendra Modi is scheduled to plant a ‘Parijaat’ sapling on the temple premises ahead of the ‘bhoomi pujan’.
However, it is not just the holiness associated with the ‘Parijaat’ in the Hindu mythology, but also the manner in which the sapling will be planted that makes it unique.
PM Modi is likely to use the traditional natural drip irrigation method, achieved by placing an unglazed clay pot filled with water parallel to the roots of the plant thereby providing water to the plant for about a week, while planting the auspicious ‘Parijaat’ sapling.
The Prime Minister, earlier in July, had himself shared an example of this unique method which is already practiced in parts of Gujarat where water is scarce.
Earlier, Mahant Rajkumar Das stating the list of activities lined up for August 5 had said that the ‘Parijaat’ sapling will be planted by the Prime Minister after he takes part in the pooja of ‘Bhagwan Shree Ramlala Virajman’.
“Parijaat is considered as a divine tree, therefore, PM Modi will plant the tree. PM will go to Shree Ram Janmabhoomi where he will take part in pooja of ‘Bhagwan Shree Ramlala Virajman’. He will then plant a Parijat sapling and subsequently perform Bhoomi Pujan,” Das had told ANI.
The much-awaited foundation stone-laying ceremony of the Ram Temple in Ayodhya will take place amid much fanfare on Wednesday. Prime Minister Narendra Modi is set to perform a ‘pooja’ at the Hanuman Garhi temple and Shree Ramlala Virajman before performing the ‘bhoomi pujan’.
He will unveil a plaque to mark the laying of the foundation stone and also release a commemorative postage stamp on ‘Shree Ram Janmabhoomi Mandir’.
Sanitisation work was carried out at the Hanuman Garhi temple on Wednesday morning ahead of the PM’s visit. The Saryu Ghat was also decorated.
Over 11,000 diyas are set to be lit across the city of Ayodhya, illuminating every street and all houses will be celebrating with a ‘deepotsava’, a festival of lights.
Apart from PM Modi, the ceremony will be attended by Rashtriya Swayamsewak Sangh (RSS) Chief Mohan Bhagwat, Uttarakhand Tourism Minister Satpal Maharaj, Senior BJP leaders LK Advani and Murli Manohar Joshi, Iqbal Ansari (former litigant in Ayodhya land dispute case) and Uttar Pradesh Chief Minister Yogi Adityanath. (ANI)