NASA’s Perseverance Rover finally on its way to Mars 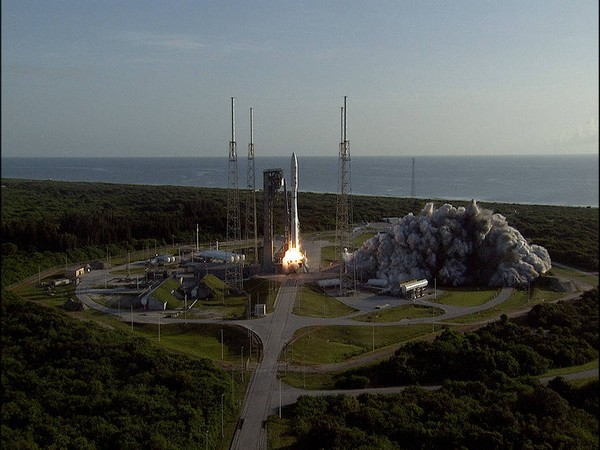 Washington DC [USA], July 30 (ANI): The Perseverance Rover and its Ingenuity Helicopter are finally on its journey to Mars, NASA confirmed on Thursday.
The spacecraft carrying the rover and helicopter was successfully launched to Mars Thursday morning aboard a United Launch Alliance Atlas V 541 rocket from Cape Canaveral, Florida at 7:50 am (local time).
After the launch, NASA tweeted, “Signal confirmed! @NASASCaN has begun to receive a signal from the spacecraft carrying @NASAPersevere to the Red Planet.”
According to a CNN report, the team in the control centre at NASA’s Jet Propulsion Laboratory confirmed the acquisition of signal from the spacecraft shortly after 9 am (local time).
“This signifies that JPL’s deep space network has locked on to the spacecraft, which is on its journey to Mars,” Omar Baez, launch manager at NASA’s Launch Services Program, was quoted as saying.
The rover and its accompanying helicopter were named by students Alex Mather and Vaneeza Rupani, CNN reported. (ANI)

‘She was an amazing woman’: George Hamilton recalls working with Olivia de Havilland

Hollywood is a challenge for Indian film industry: Irrfan…