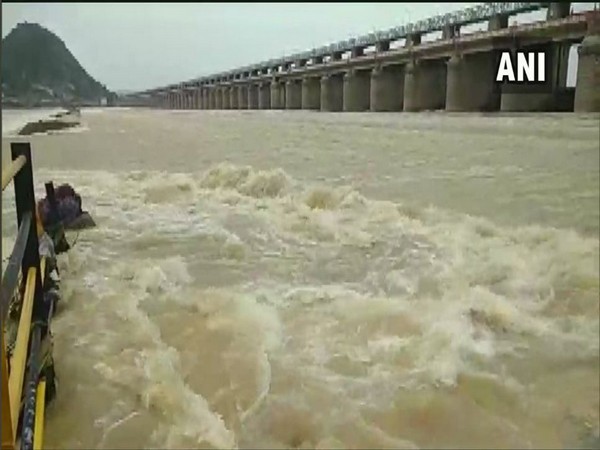 Hyderabad (Telangana) [India], July 30 (ANI): The Krishna River Management Board (KRMB) has asked the Andhra Pradesh Government to stop the Rayalaseema Lift Irrigation Scheme with immediate effect. This came after the Telangana Government files a complaint with the KRMB in this regard.
“The Government of Andhra Pradesh has taken up the Rayalaseema Lift Irrigation Scheme with violation of AP Reorganization act, 2014. The Government of Telangana had requested KRMB to initiate necessary action to prevent the Govt of Andhra Pradesh from taking p any further action, including calling and awarding tenders for the proposed Rayalaseema Lift Irrigation Scheme and the enhancement of Pothireddypadu Head regulator to 80,000 cusecs,” the Telangana Government had said in a letter to KRMB.
The board has also found fault with the state government for granting administrative sanctions for the construction of new projects on the Krishna River, the Telangana Government said.
Sending a written order to the state government in this regard, the board also warned the state government not to go ahead with the construction of the projects without taking permission from the Central Water Commission (CWC).
Earlier, the Telangana government lodged a complaint with the board stating that the proposed Rayalaseema Lift Irrigation Scheme to divert Krishna water from the Srisailam Project was in violation of the Andhra Pradesh State Reorganisation Act, it said.
It was against this backdrop that the KRMB asked the Andhra Pradesh Government not to construct projects illegally.
The board also found fault with the Andhra Pradesh Government for giving administrative sanction to the scheme, which is in violation of Section 84, Para 7 of the conditions as enshrined in the AP Reorganisation Act.
In its letter, the Board made it clear that for any new projects, a Detailed Project Report (DPR) should be submitted to the CWC and permission should be taken from the apex committee.
The actions taken by the Andhra Pradesh government, which are in violation of this procedure, will be viewed as a violation of the Act, the KRMB added. (ANI)

NASA’s Perseverance Rover finally on its way to Mars

THROWBACK: When Sandara Park spilled the details about her exit from YG Entertainment

The Weeknd thinks Angelina Jolie is his ‘ultimate muse’; Duo ‘have…

RRR: SS Rajamouli’s Magnum Opus Is Booked For Two Release Dates & We Can Say, The…

India’s Got Talent: Badshah Offers To Pay Off Loan For Rajasthan’s ‘Ismail Langha’…

Robbie Williams: “I Ate $32 Worth Of Chocolate, Asleep”

THROWBACK: When Sandara Park spilled the details about her exit from YG Entertainment

The Weeknd thinks Angelina Jolie is his ‘ultimate muse’; Duo ‘have had a few meetups’; Report

RRR: SS Rajamouli’s Magnum Opus Is Booked For Two Release Dates & We Can Say, The Makers Did Hear To People’s Voice