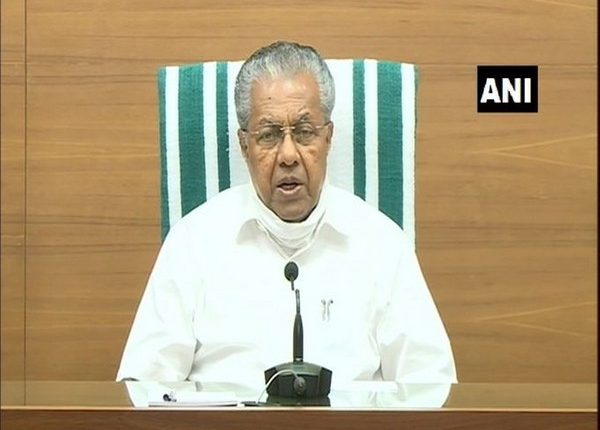 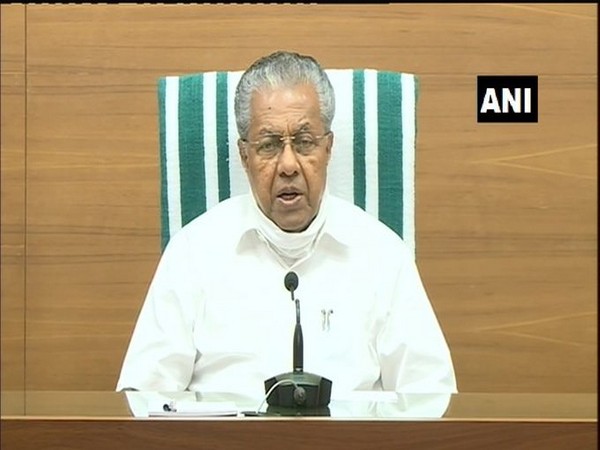 Thiruvananthapuram (Kerala) [India], July 23 (ANI): Kerala Chief Minister Pinarayi Vijayan on Wednesday clarified that the state’s discharge policy regarding COVID-19 patients is different from the existing policies at the national level and in other states.
During a press conference, the Chief Minister said, “As per the national policy, a patient is discharged after 10 days of admission if there are no minor symptoms. Most states follow this method. Initially in Kerala, a patient was discharged only after two consecutive negative test results.”

He said that tests have been made mandatory in asymptomatic cases as well in the updated guidelines by the Department of Health, which were published yesterday.
“Kerala has always followed a policy of discharging patients only after they test negative. The policy is to ensure the safety of the community and to prevent the further spread of the disease. In the third phase of the COVID-19 outbreak in the state, the numbers have been increasing rapidly and today it has cross 1,000,” the Chief Minister said.
He said that the COVID-19 pandemic has created a complex situation.

Vijayan announced that free grocery kits of 11 items will be distributed to 88 lakh ration cardholders during this year’s Onam festival falling during the COVID-19 time.
The distribution of the free Onam kit would start in the last week of August. In addition, 10 kg rice will be distributed in August at Rs 15 per kg rate to non-priority sections who do not receive adequate ration, he added.
On Wednesday, Kerala reported 1,038 new COVID-19 cases, out of which 226 cases were from Thiruvananthapuram alone. The total number of active cases now stands at 8,818.
Out of the 226 new cases in Thiruvananthapuram, 190 people contracted the virus through local transmission. The situation is serious and the government is considering whether a complete lockdown should be imposed in the state, said the Chief Minister. (ANI)

Why women hesitate in investing in menstrual hygiene…

Two Congress workers clash at a condolence meeting in Ajmer