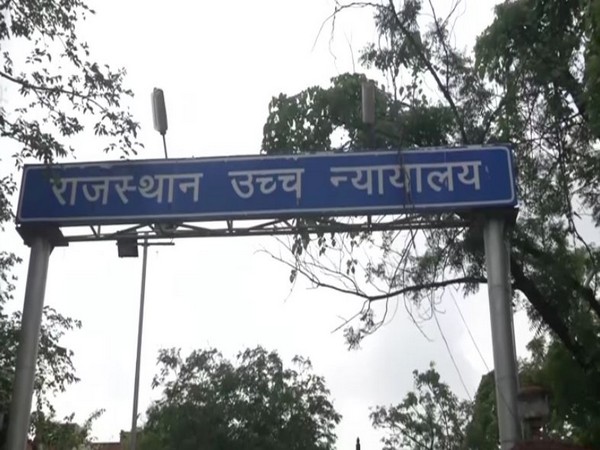 Jaipur (Rajasthan) [India], July 16 (ANI): A division bench of the Rajasthan High Court, headed by Chief Justice Indrajit Mohanty, on Friday, will hear a petition filed by Sachin Pilot and 18 other Congress MLAs against disqualification notices issued to them by Assembly Speaker CP Joshi.
Earlier in the day, Rajasthan High Court accepted former Rajasthan Deputy Chief Minister Sachin Pilot camp’s application for amendment in their petition against disqualification notice sent by the Rajasthan Assembly Speaker.
“They gave application for amendment of their petition. The court accepted their request and ordered to send the matter to the divisional bench for hearing,” Abhay Kumar Bhandari who appeared before the High Court for state Congress chief whip Mahesh Joshi told ANI.
Pilot and the MLAs from his camp approached the Rajasthan High Court over disqualification notice seeking the quashing and setting aside of the show cause notice issued to them on July 14 by the Speaker of the Rajasthan Legislative Assembly.
The development comes after Rajasthan Assembly Speaker CP Joshi sent notices to Pilot and 18 MLAs under the Tenth Schedule of the Constitution, popularly known as the anti-defection law after chief’s whip application for their disqualification. MLAs were asked to present before Assembly Speaker on July 17.
According to the notice, if these MLAs fail to respond to the notice then the Speaker can proceed ex parte and disqualify them from the Assembly.
The Congress complaint and the Speaker’s notice came after Pilot and the lawmakers supporting him skipped the Congress Legislature Party (CLP) meetings on July 13 and 14.
Rajasthan Congress continues to remain in turmoil after simmering differences between Pilot and Chief Minister Ashok Gehlot came out in the open. Pilot was, on July 14, also sacked from the posts of Rajasthan Deputy Chief Minister and state PCC president.
Chief Minister Ashok Gehlot has blamed the BJP for attempting to destabilise the state government by poaching MLAs.
A controversy had broken out in Rajasthan after Special Operation Group (SOG) sent a notice to Pilot to record his statement in the case registered by SOG in the alleged poaching of Congress MLAs in the state. (ANI)

Hindustani Bhau Loses His Calm On Bollywood Actors For Not…