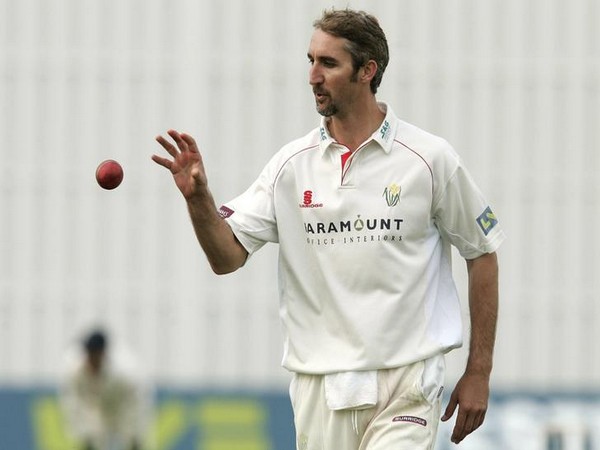 Sussex [UK], July 15 (ANI): England’s County Cricket Club Sussex are confident that former Australian bowler and head coach Jason Gillespie will return to England to lead the club during the shortened 2020 season.
In March, when England and Wales Cricket Board (ECB) had suspended all professional cricket till May 28, Gillespie who was in England had revealed that he is back home and has self-isolated.
Earlier in the month, the ECB issued guidelines for the return of recreational cricket, amateur cricketers. As per the latest guidelines, the close-in fielders and wicket-keepers have been asked to follow social distancing and to maintain a one-meter distance from fellow players.
“Gillespie, who initially returned to England in March after the squad’s pre-season tour to Cape Town was cut short, soon headed back to Adelaide when it became clear the season would be delayed and a lockdown was introduced,” the club said in an official statement.
“However, with restrictions now lifting, it’s possible for the head coach to return to Hove in time for Sussex’s two-day friendly against Hampshire,” it added.
Sussex will lock horns with Hampshire in a two-day friendly match slated to begin from July 27.
Also, county clubs Surrey and Middlesex Cricket are set to return to the field next month to play a two-day friendly match. The match will be played on July 26-27 with a red ball here at the Kia Oval stadium.
On June 29, the ECB had confirmed that men’s county cricket 2020 season will begin on August 1. (ANI)

Anushka Sharma pens down an emotional note for Virat Kohli

On Beauty, Mystery And Spirituality: The Warm, Compelling…