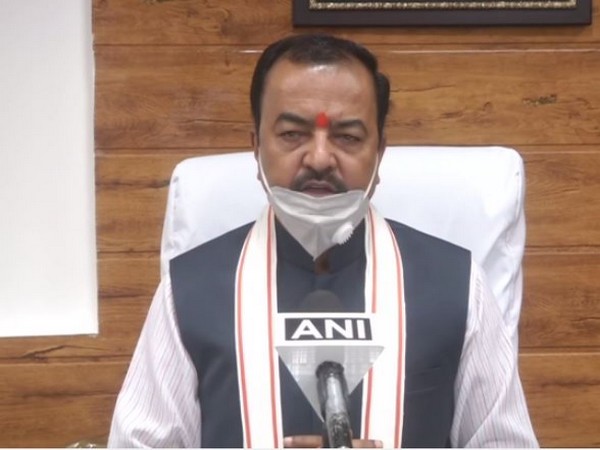 New Delhi [India], July 14 (ANI): Uttar Pradesh Deputy Chief Minister Keshav Prasad Maurya on Tuesday slammed Nepal Prime Minister KP Sharma Oli for claiming that Ayodhya, the birthplace of Lord Rama, is in Nepal and Lord Rama was Nepali and said that such statement shows his “mental bankruptcy”.
Maurya took to twitter and wrote in Hindi, “Statement by Communist Prime Minister of Nepal Shri KP Sharma Oli regarding the birthplace of Maryada Purushottam Lord Shri Ram Ji shows his mental bankruptcy”.
“Oli Ji should know that Nepal has also been a part of Aryavarta (India) in the past,” he added.
After staking claim to Indian territories of Lipulekh-Kalapani in a new controversial map, Nepal Prime Minister KP Sharma Oli on Monday claimed that Ayodhya, the birthplace of Lord Rama, is in Nepal and Lord Rama was Nepali.
“Although real Ayodhya lies at Thori, city in the west of Birgunj, India has claimed that Lord Rama was born there. Due to these continuous claims even we have believed that deity Sita got married to Prince Rama of India. However, in reality, Ayodhya is a village lying west of Birgunj,” Oli claimed at an event organised at Prime Minister’s residence in Kathmandu.
The Prime Minister also blamed India of cultural encroachment by “creating a fake Ayodhya.”
In an attempt to save self from criticism, Oli questioned how Lord Rama could come to Janakpur to marry Sita when there were “no means” of communication. He further said that it to be impossible for Lord Rama to come to Janakpur from present Ayodhya that lies in India.
“Janakpur lies here and Ayodhya there and there is talk of marriage. There was neither telephone nor mobile then how could he know about Janakpur,” Oli said. (ANI)

Weekly Tarot (May 23rd to 29th May): Here’s the career outlook for Pisces, Leo, and Virgo

The Archies: Suhana Khan, Agastya Nanda, Khushi Kapoor & others are a cheerful bunch during dance rehearsals

The Mumbai police shows the mirror to Bollywood on…