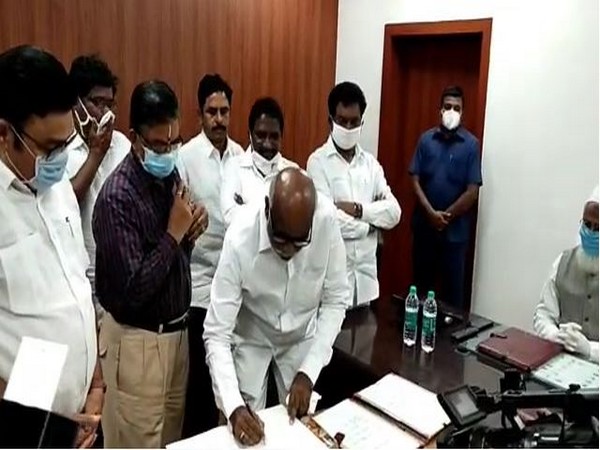 Amaravati (Andhra Pradesh) [India], July 14 (ANI): Former TDP leader Dokka Manikya Vara Prasad Rao on Tuesday sworn in as Member of Legislative Council of Andhra Pradesh.
Prasad had joined YSR Congress Party (YSRCP) in March this year, for which he had resigned his membership in Legislative Council, as it is a mandatory rule in YSRCP that if any person from other party wants to join YSRCP, he must resign his existing public representative position.
Accordingly, Manikya Vara Prasad resigned from TDP and his MLC position. After joining YSRCP, he is given the chance for MLC again. Prasad filed nomination on June 25.
He was the only person who filed nomination so his election, which was held on July 6, was unanimous and today, he has sworn in as the MLC of AP Legislative Council. (ANI)

Aditi Rao Hydari enchants in a blue ethnic dress as she is papped in Mumbai; See pics

A snow leopard is hiding in this picture, Internet is…

India’s interests are beyond our shores: Rajnath Singh