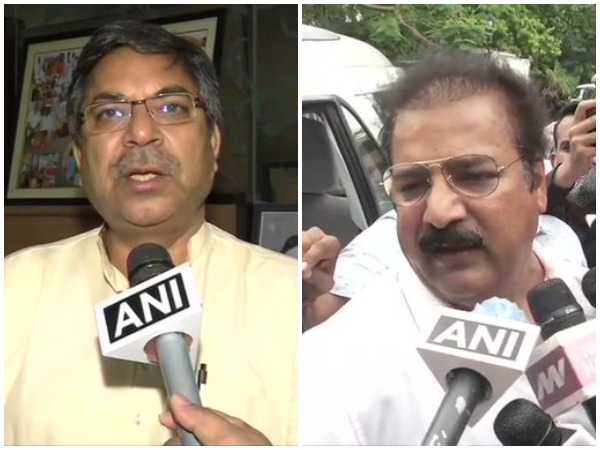 Jaipur (Rajasthan) [India], July 13 (ANI): Amid the political tussle in Rajasthan, BJP has claimed that Chief Minister Ashok Gehlot-led government has lost the majority in the state while Congress expressed confidence that they are winning the number game.
“Sachin Pilot was the rightful candidate for the post of Rajasthan Chief Minister but Ashok Gehlot took the charge; a conflict in the party began since then. What is happening today is the result of that conflict. The state government has lost the majority,” Rajasthan BJP President Satish Punia told ANI on Monday.
Rajasthan Minister and Congress leader Pratap Singh Khachariyawas said the Gehlot government will complete its full term and his party is winning the number game.
“The beginning of the end of the BJP government at the Centre will start from Rajasthan. People of Rajasthan want government led by CM Ashok Gehlot to complete its full term. 115 MLAs were with us last night, now 109 are with us. We are winning the number game,” Khachariyawas told reporters here.
The crisis in Rajasthan Congress intensified with Gehlot and his deputy Sachin Pilot at loggerheads. While Gehlot is blaming BJP for trying to destabilise the state government by poaching MLAs, Pilot is camping in Delhi to speak to the party leadership regarding the political turmoil in the state.
The Congress Legislative Party (CLP) has issued a whip to its MLAs to attend a meeting today in Jaipur and will face disciplinary action if they are absent without mentioning a reason, Rajasthan Congress in-charge Avinash Pande said here today.
Congress has 107 MLAs and the Gehlot government is supported by 10 Independent MLAs and two each from the Communist Party of India (Marxist) and the Bharatiya Tribal Party while BJP has 72 seats in the 200-member Assembly.
As many as 30 Congress MLAs and some independent legislators who are in touch with Sachin Pilot have pledged their support to him and have vouched to stand by whatever decision he takes, sources said. (ANI)