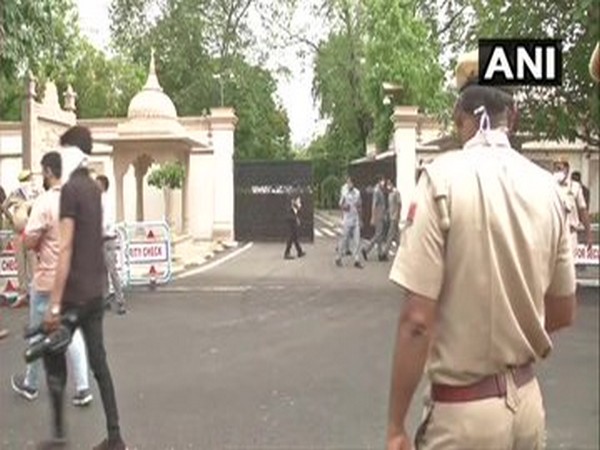 Jaipur (Rajasthan) [India], July 13 (ANI): Over 90 MLAs were present at Rajasthan Chief Minister Ashok Gehlot’s residence in Jaipur, for Congress Legislature Party meeting, said sources.
The meeting has started.
Rajasthan Congress in-charge Avinash Pandey on Monday said that Congress interim President Sonia Gandhi has assigned him the task of addressing issues of MLAs of the party and the alliance so that the Ashok Gehlot government functions smoothly.
Earlier, Pandey addressing a press conference along with Randeep Singh Surjewala and Ajay Maken declared that the party had issued a whip to all MLAs to be mandatorily present at Congress Legislature Party meeting
While Chief Minister Ashok Gehlot has blamed the BJP for attempting to destabilise the State government by poaching MLAs, Deputy Chief Minister Sachin Pilot has been camping in Delhi to speak to the party leadership regarding the political turmoil in the State.
A controversy broke out in Rajasthan after Special Operation Group (SOG) sent a notice to Pilot to record his statement in the case registered by SOG in the alleged poaching of Congress MLAs in the State. (ANI)

Progress made in deliberations for tri-services theaterisation plan: IAF chief

EXCLUSIVE: Sanjana Sanghi on Om: The Battle Within; Bond with Ratna Pathak Shah & about Sarabhai Vs Sarabhai

Johnny Depp to get $301 mn deal with apology letter to return as Jack Sparrow?

‘Sultan’ director out to ‘set…

Central govt only concerned about the rich and powerful:…