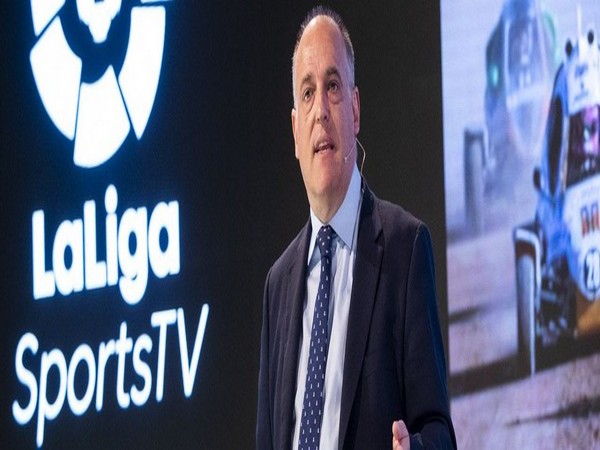 Madrid [Spain], July 13 (ANI): La Liga president Javier Tebas on Monday said the “Court of Arbitration for Sport (CAS) is not up to standard” after the body lifted Manchester City’s two-year ban from UEFA events.
“Manchester City FC did not disguise equity funding as sponsorship contributions but did fail to cooperate with the UEFA authorities,” read the CAS statement.
“The CAS award emphasized that most of the alleged breaches reported by the Adjudicatory Chamber of the CFCB were either not established or time-barred,” added CAS, which will publish its full written reasons over the coming days.
City’s UEFA ban was lifted, which means they will play in next season’s Champions League and their fine has been reduced to 10 million euros from 30 million euros.
“We have to reassess whether the CAS is the appropriate body to which to appeal institutional decisions in football,” Goal.com quoted Tebas as saying.
“Switzerland is a country with a great history of arbitration, the CAS is not up to standard,” he added.
Manchester City was initially punished by UEFA in February when they were banned from participating in the Champions League or Europa League for two years.
The ban was imposed as the club was found guilty of breaching Financial Fair Play (FFP) rules. The Adjudicatory Chamber of UEFA’s Club Financial Control Body (CFCB) had found City guilty of overstating its sponsorship revenue between 2012 and 2016.
Manchester City had then decided to appeal in the CAS at the earliest against UEFA’s decision of banning the club for two Champions League seasons. (ANI)

I stand by my decision of leaving Stuart Broad out, says Ben Stokes

Forest staff suspended for ‘unwarranted firing’ on tiger in…

Alexa Chung inspired by ‘Sex and the City’