‘Another disastrous decision’: Ami Bera hits out at President Trump over US withdrawal from WHO 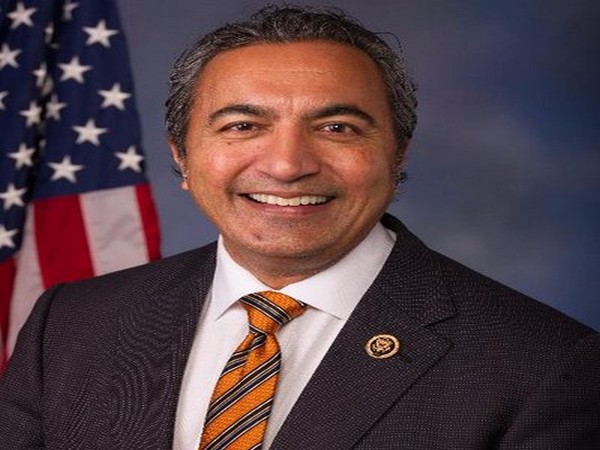 Washington D.C. [US], July 8 (ANI): Indian-American Congressman Ami Bera on Tuesday (local time) hit out at President Donald Trump over his administration’s decision to withdraw US from World Health Organisation (WHO) and termed it a “disastrous decision”.
“Another disastrous decision by the President that will leave American lives at risk. We lost our best chance at defeating this virus once the President began to minimize the pandemic and shift blame onto others, instead of assuming responsibility and actually leading,” he said in a tweet responding to the report of Trump administration formally withdrawing US from WHO.
In a series of tweets, Bera hit out at President Trump accusing him of trying to shift the blame even as COVID-19 cases in US are surging.
“#COVID19 cases are surging across the U.S. Instead of funding a national testing strategy and ramping up testing and contact tracing, the President has chosen to cut testing and to shift the blame by withdrawing the U.S. from the World Health Organization,” he said.
He also noted that by withdrawing from WHO, President Trump has further abdicated US global leadership.
“His go-it-alone approach puts America’s health and security at risk, and allows other countries (China) to step in and write the rules,” he said.
Meanwhile former Vice President and Democratic hopeful Joe Biden promised to rejoin WHO on first day if elected as President.
“Americans are safer when America is engaged in strengthening global health. On my first day as President, I will rejoin the @WHO and restore our leadership on the world stage,” he said.
The Donald Trump administration has formally withdrawn the United States from the World Health Organisation (WHO), US media reported.
US President Donald Trump has been critical of the UN health body over its handling of coronavirus pandemic.
The Hill reported that a senior administration official confirmed on Tuesday (local time) that White House has officially withdrawn US from WHO.
According to Sputnik, UN Spokesperson Stephane Dujarric said earlier in the day that Washington had officially notified UN Secretary-General Antonio Guterres about its withdrawal from the organization effective July 6, 2021. (ANI)

Pompeo announces visa restrictions on some Chinese officials over Tibet