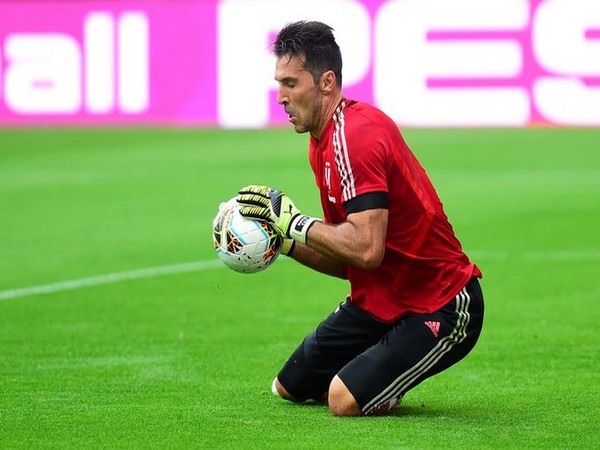 Turin [Italy], July 4 (ANI): Juventus goalkeeper Gianluigi Buffon on Saturday surpassed AC Milan legend Paolo Maldini and set an outright Serie A record with his 648th appearance in Italy’s top flight.
Buffon achieved the feat during a game against Torino. He had been stuck on 647 games since December, with Wojciech Szczesny currently Juve’s first-choice goalkeeper.
The 42-year-old joined Juventus in 2001 after starting his career with Parma, swiftly established himself as one of the best goalkeepers in the world.
While he was expected to retire at the end of the 2017-18 season, he instead made a surprise move to Paris Saint-Germain, where he won the French league to add to his multiple titles. He caused even more of a stir when he rejoined Juventus the following year. Buffon recently extended his contract for another season.
With Juventus, he clinched 11 Scudetti, four Italian Cups, and six Italian Super Cups. He was also part of the 2006 FIFA World Cup-winning side.
He won the UEFA Cup and an Italian Cup with Parma. Later on in his career, he also found a way to win Ligue 1 title and the French Super Cup with Paris Saint-Germain. (ANI)

We need to bat well against England, says Shamarh Brooks

Sanjay Suri on ‘Avrodh 2’: Had to disassociate from my personal experience

Split car sequence in ‘Paati Sollai Thattathe’: Here’s how the team did it

Sanjay Suri on ‘Avrodh 2’: Had to disassociate from my personal experience

Split car sequence in ‘Paati Sollai Thattathe’: Here’s how the team did it