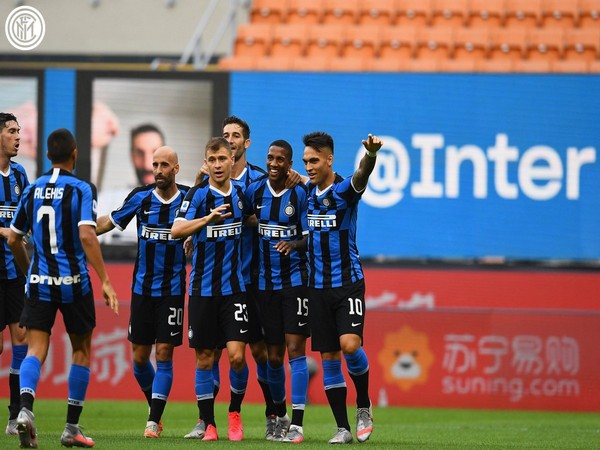 Milan [Italy], July 2 (ANI): Inter Milan demolished Brescia to secure a sumptuous 6-0 victory in the ongoing Serie A here on Wednesday.
Inter Milan displayed a dominant performance throughout the match and all six goals were scored by six different players. From the very beginning, the Antonio Conte-led side played vehemently and opened their account in the fifth minute through Ashley Young.
In the 20th minute, Inter Milan was awarded a penalty and Alexis Sanchez made no mistake to double his side’s lead. Just before the conclusion of the first half, Danilo D’Ambrosio netted a goal to bring the scoreline to 3-0.
In the second half as well, Inter Milan looked aggressive and kept on adding goals to their tally. Roberto Gagliardini, Christian Eriksen and Antonio Candreva scored one goal each in the second half which thwarted Brescia’s hopes in the match.
Inter Milan are on the third spot on Serie A table with 64 points, only behind Lazio (68) and Juventus (72). (ANI)

Play to start earlier in third Test between England-Pakistan…

In Pics: Royal welcome for Natarajan, Siraj visits his late…